TRENTON – South Jersey Democratic power broker George Norcross III and Republican Gov. Chris Christie had no agreements ahead of the recent election, according to the governor.

Christie outright denied he and the influential Democrat had any sort of political deal of sorts ahead of the recent statewide election. The statement came after a Republican assemblyman said last week that Christie cut a deal with Norcross not to raise campaign dollars for South Jersey candidates.

“One, I had no deal with George Norcross on politics,” said Christie during a Monday afternoon news conference.

“And two, if I had a deal,” Christie added, “I sure as hell wouldn’t tell Chris Brown.”

The governor issued the sharp rebuke of Brown’s comments on morning talk radio show Hurley in the Morning on WPG Talk Radio 1450 AM.

“He cut the deal with George Norcross. That’s why he didn’t raise any money down here,” Brown told the host Harry Hurley on the November show.

Republicans quickly pounced on their fellow GOP lawmaker and criticized him for the comments. Brown later said he has nothing but appreciation for Christie and that comments he made on the hour-long program were misinterpreted.

However, Christie criticized Brown and his running mate, Assemblyman John Amodeo, for still having money in the bank following the election. (Brown won re-election despite Amodeo losing by less than 40 votes.)

As for being seen with Norcross multiple times ahead of the recent elections, Christie brushed it off and said he and the Democratic power broker are not strangers.

“I meet with George Norcross all the time,” he said. 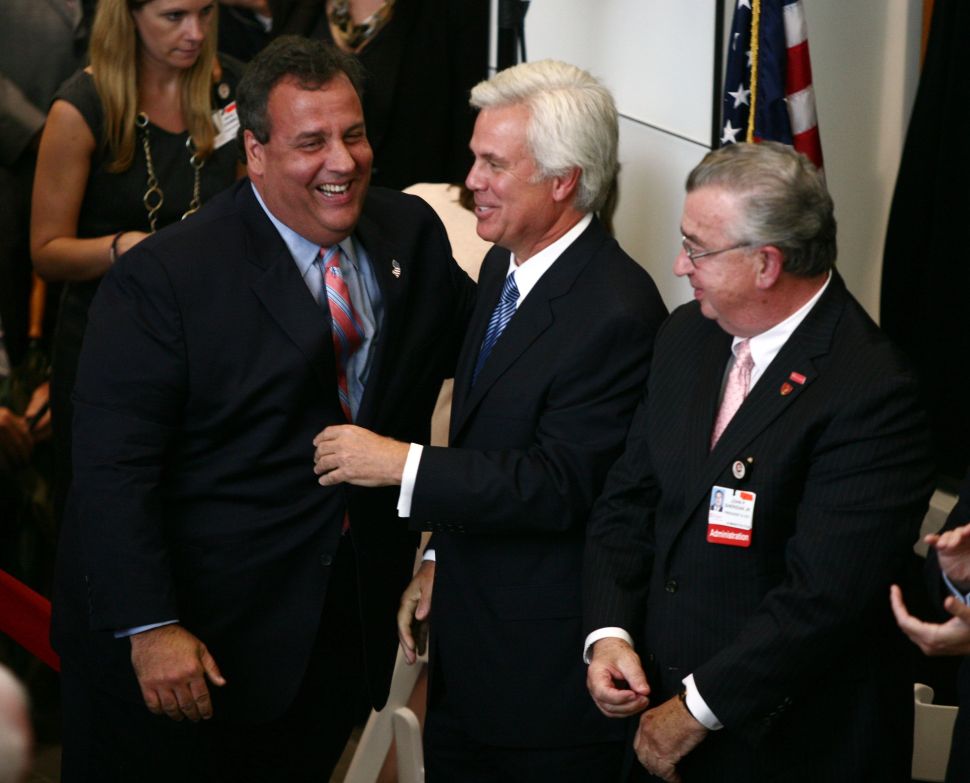