Outgoing City Council Speaker Christine Quinn today argued that anyone who is not fully “pro-LGBT and pro-choice” should not serve in elected office in New York.

“Well let me just say, I don’t think anyone should be elected to citywide office or state-wide office–really any office, quite frankly in the city of New York–who isn’t pro-LGBT and pro-choice,” said Ms. Quinn, when asked about the possibility of the council selecting someone who is opposed to same-sex marriage to succeed her.

Ms. Quinn, who lost her bid to become the city’s first female and openly gay mayor earlier this year, went on to argue that elected officials–regardless of their post–have real power to influence policy.

“These are really important issues,” she added. “They’re issues that have enormous impact on people’s lives and they’re ones that I feel strongly about and really push candidates for elected office that embrace those issues and those values, regardless of what that the position is. Obviously [for] citywide, statewide positions, it takes on a added level of importance … But certainly very important to me as speaker.”

The crowded race for Council speaker notably includes Jumaane Williams, a co-founder of the progressive caucus, who is personally opposed to abortion and same-sex marriage, but is not behind government policies to enforce those views.

In a recent interview with Capital New York, Mr. Williams explained that his religious upbringing and personal experience–including a girlfriend who had an abortion without telling him–had shaped his views. He went on to explain that his personal view had not influenced his votes on the council, including a measure cracking down on “crisis pregnant centers”: anti-abortion centers that pose as health clinics.

A spokesman for Mr. Williams declined to respond to Ms. Quinn’s comments this afternoon. 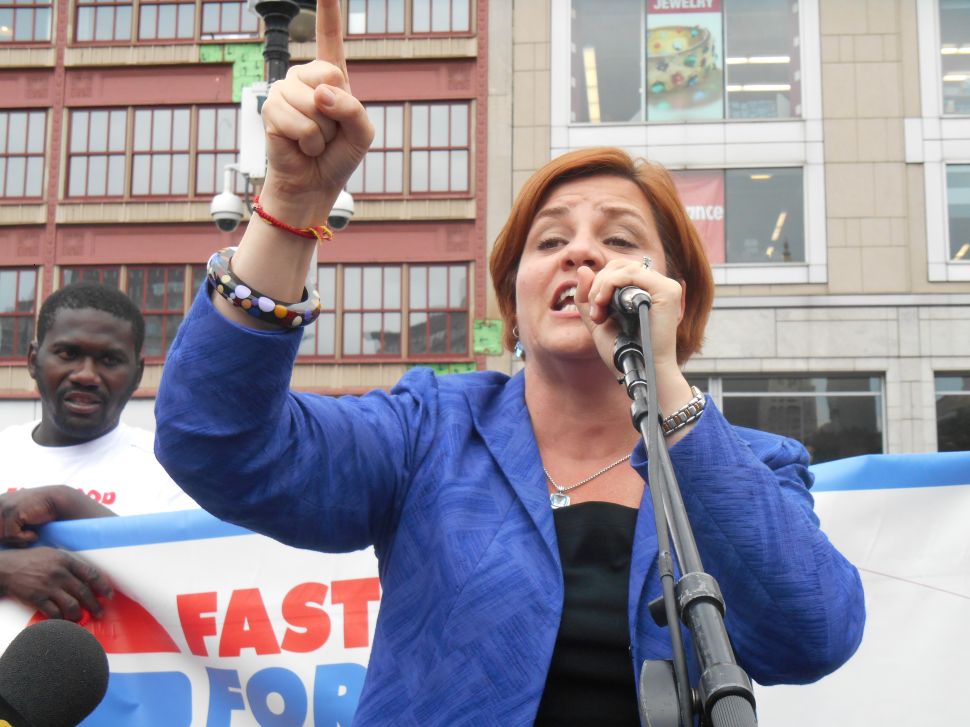