Democratic State Party Chairman John Currie introduced Fulop, who introduced the former President, who raised an estimated $600,000 for Fulop at the event.

In a room packed with guests and the New York skyline in the background, Clinton talked about how recessions occur and how they require ten years to shake.

He gave credit to Fulop for implementing paid sick leave.

Labor was in the room, including Ray Pocino of the Laborers and Tricia Mueller from the Carpenters.

There is a history between Fulop and the Clintons.

Then-Councilman Fulop backed Hillary Clinton for president in 2008. He raised money for her presidential campaign and publicly forgave her for voting in favor of the War in Iraq, noting that even he was fooled into signing up and going to war.

He had hoped the Clintons would back him for mayor earler this year, but they stayed out of it.

Insiders read Bill Clinton’s return today and declaration of an alliance with the young mayor as a 2016 move in a key county on behalf of his wife, who is again expected to run for president. 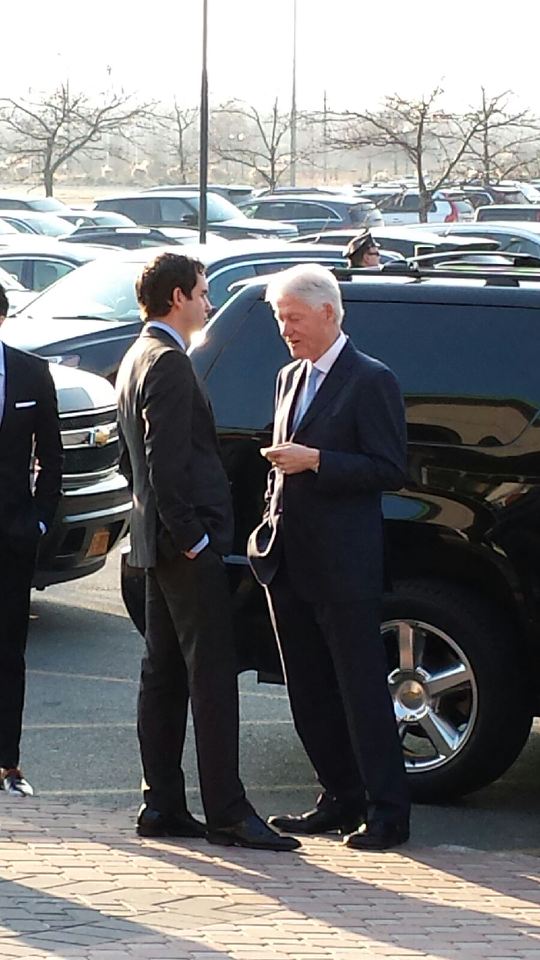