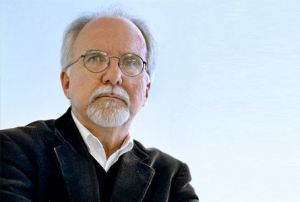 The Center for Curatorial Studies at Bard College, in Annandale-on-Hudson, N.Y., announced today that it has acquired the archive of film and new media curator John G. Hanhardt, who has held positions at the Museum of Modern Art, the Whitney, the Guggenheim, the Walker Art Center in Minneapolis and the Smithsonian American Art Museum in Washington, D.C., over the past five decades. Mr. Hanhardt has donated the material to the school.

The artists represented in his correspondence and files is pretty ridiculous. Here’s a partial listing:

Pretty wild, right? Naturally, CCS Bard is pleased. “John Hanhardt has made a unique contribution towards our understanding and appreciation of the moving image within a contemporary art context,” Ann Butler, the director of the school’s library and archives said in a statement. “The donation of the John G. Hanhardt Archives not only complements and contextualizes existing resources at the Center for Curatorial Studies, but also greatly expands and enriches our holdings of materials related to the history of curatorial practices associated with the moving image.”