The mayor-elect’s transition team announced today that it is giving away 1,000 tickets to members of the public to attend his swearing-in ceremony on the steps of City Hall on New Year’s Day.

Tickets are now available on a first-come, first-served basis here.

“We are excited to announce this opportunity for New Yorkers from across the city to attend the Inauguration,” Mr. de Blasio’s inauguration chair Gabrielle Fialkoff said in a statement. “Mayor-elect de Blasio is committed to ensuring that this is truly an event for all New Yorkers, that’s why 1,000 tickets will be available to the public.”

Mr. de Blasio and his wife will greet attendees in City Hall after the ceremony and will also be hosting an open house at Gracie Mansion on Jan. 5.

“Inauguration 2014 will be one of the most open and accessible events of its kind in New York City’s history,” Ms. Fialkoff boasted.

Update (2:39 p.m.): Mr. de Blasio’s team announced via Twitter that, less than two hours after going online, tickets to the inauguration have sold out. 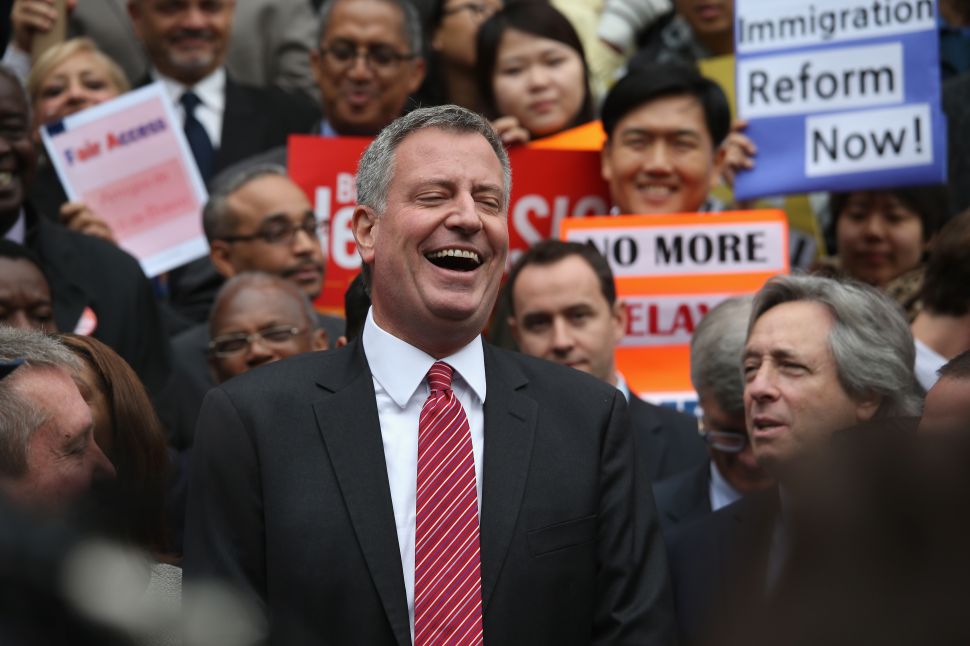