Bill de Blasio will be unveiling “important” new appointments in the near future, but don’t expect his schools chancellor pick to be among them.

Asked today about his selection for the chancellor position, the mayor-elect described his decision-making process as deliberate and methodical and said new candidates are still being considered even as his January 1 inauguration looms a few weeks away.

“I think by definition, education chancellor is one of the most crucial decisions to make, but that doesn’t mean it will be the next announcement,” Mr. de Blasio told Politicker, speaking at a press conference today after attending church service in East New York, Brooklyn. “But it’s very much on our minds all the time. I think, you know, by the end of this week we’ll have some important additional announcements, but it will not necessarily be that one.”

Mr. de Blasio, who will be the city’s first mayor in recent times with a child in the public school system, said the decision was a particularly important one for his family, and that, thanks to his experience, he and his wife have a “very substantial personal network” of experts to consult.

“This is an area where I’ve been blessed to put part of my life in this work. Chirlane put part of her life into this work. So we start with a lot of personal perspective and very, very substantial network of people that we know and respect in the field,” said Mr. de Blasio, who previously served as a school board member back when school boards existed and on the City Council’s education committee.

“Some of the leading candidates are people that I have worked with at various points along the way,” he continued. “So it is a decision that we’re doing very carefully. We’re talking to a lot of people we respect. There are still nominations coming in.”

Unlike the top contenders for police commissioner, Mr. de Blasio has not publicly said who he is vetting for the chancellor’s position–raising eyebrows from some who feel he is backtracking on a promise he made during the campaign to make the process transparent.

Reports have indicated the leading contenders include Josh Starr, a former D.O.E. official and current head of schools in Montgomery County, Maryland; Andres Alonso, another former D.O.E official and Baltimore schools chief; and Carmen Farina, a longtime de Blasio adviser who was a local superintendent when the mayor-elect was serving on the school board.

During his campaign, Mr. de Blasio framed his candidacy as a rejection of current Mayor Michael Bloomberg’s education agenda, which he charged was overly focused on shuttering failing schools and expanding charter schools. If Mr. de Blasio chooses a chancellor who has embraced charter schools, for instance, it could be viewed as an attempt to tack to the ideological center after the election. (Mr. de Blasio has already engaged in an intensive effort to win over allies skeptical of his police commissioner choice, Bill Bratton.)

Undoubtedly mindful of these concerns, Mr. de Blasio appears to be taking a cautious approach to the decision.

“This one we’re going to do very, very mindfully and carefully,” he said today. “In the meantime I think there’s some other important announcements we’ll have soon.” 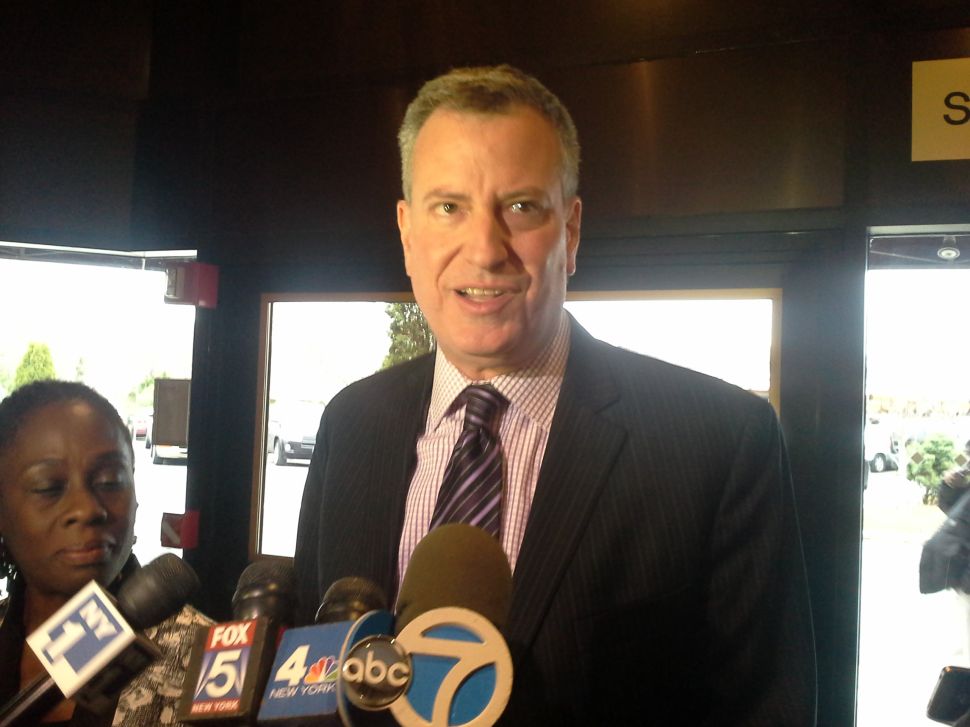