Correct the Record, an arm of the super PAC American Bridge, launched a graphic this week that put New Jersey’s Republican governor in the center of the controversy at the Port Authority of New York and New Jersey.

The graphic shows Christie in the forefront with an image of the George Washington Bridge in the background and a pair of signs that read “Lane closed. Expect Christie?” and “political retribution.”

The image is not expected to become part of a paid ad, however Correct the Record expects to begin an “aggressive” social media campaign in the coming weeks and months, said spokeswoman Adrienne Elrod.

Correct the Record was recently launched by American Bridge. The group focused on conducting opposition research on potential candidates seeking a White House bid in 2016.

Correct the Record is run by Burns Strider, a former adviser to Clinton, and Susie Tompkins, a Clinton donor, according to reports.

Christie was first asked about the controversy surrounding the lane closures during a recent Statehouse news conference. The governor told reporters sarcastically that he “moved the cones, actually unbeknownst to everybody.”

The Democratic group claims the lane closures are no laughing matter.

“We want to highlight the fact that Gov. Christie is laughing off something that is a very serious allegation,” Elrod said. “Chris Christie and his administration need to come clean on the facts. Christie owes New Jersey residents a straight answer as to what involvement he had in the lane closures scandal.” 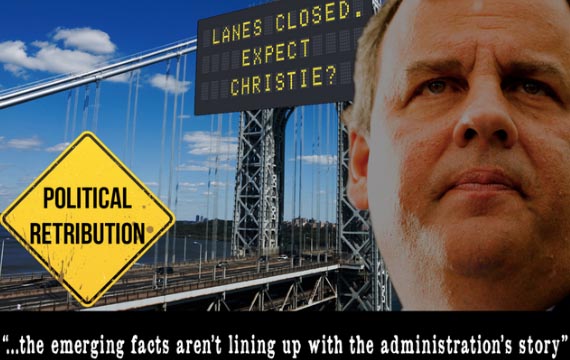