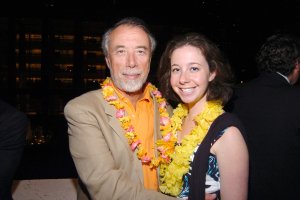 Coming on the heels of last week’s news that Alfredo Gangotena will leave MasterCard to serve as Sotheby’s marketing chief, a fresh announcement states that the auction house’s board of directors has unanimously elected Domenico De Sole, the co-founder and chairman of high-end retailer Tom Ford International, as its “lead independent director.” According to the release, Mr. De Sole was elected to the Sotheby’s Board in July and began serving on Dec. 1. His new position—a role described, if not elucidated, below—is effective immediately.

Steven B. Dodge, who has served as Lead Independent Director since the position was created in December 2012, sought a return to the role of Director because of increased personal and family matters that are unrelated to Sotheby’s.

The Lead Independent Director is responsible for a series of leadership duties, including presiding at Executive Sessions of the non-management Directors, serving as a liaison between the Chairman and Directors, and shaping the agenda for meetings of the Board. The position was created in December, 2012 when Mr. Ruprecht was named Chairman in addition to his duties as President and CEO to ensure that Sotheby’s meets best practices in corporate governance.