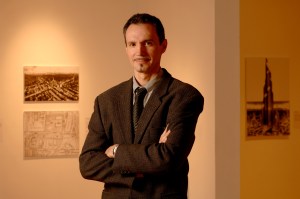 Today El Museo del Barrio announced that it has hired Jorge Daniel Veneciano, who has led the Sheldon Museum of Art at the University of Nebraska in Lincoln, Neb. since 2008, to be its new director. El Museo has been without a director since February, when its previous director, Margarita Aguilar, was let go. Dr. Veneciano begins in his new post in March.

The appointment of Dr. Veneciano—who earned his Ph.D. at Columbia, was curator of exhibitions at the Studio Museum in Harlem from 1994 to 1999, and served as director of Rutgers’s Paul Robeson Galleries from 2005 to 2008—comes just days after its chief curator, Chus Martínez, resigned, because of a “a professional opportunity that she couldn’t pass up.”

The museum also announced that the Ford Foundation has agreed to provide $1.6 million in funding over the next three years.

“I am delighted to be returning to New York at this historic moment when El Museo is poised to embark on a new chapter of its storied history and ascend to new levels of engagement with its growing audiences in the city and in the world,” the new director said in a statement. “The museum is at the cultural heart of this city and offers all New Yorkers a place to experience Latino and Latin American art and culture on a global stage.