Ex-Gov. Eliot Spitzer and his wife, who stood by him after his prostitution scandal, are finally getting a divorce.

“We regret that our marital relationship has come to an end and we have agreed not to make any other public statement on this subject,” Mr. Spitzer and Silda Wall Spitzer said in a joint statement this evening.

The Christmas Eve announcement comes two days after news broke that Mr. Spitzer is currently dating Lis Smith, Mayor-elect Bill de Blasio’s chief spokeswoman. Ms. Smith also worked for Mr. Spitzer during his failed comptroller campaign this summer. News of the relationship has been plastered on the front pages of the city’s two tabloids all week. 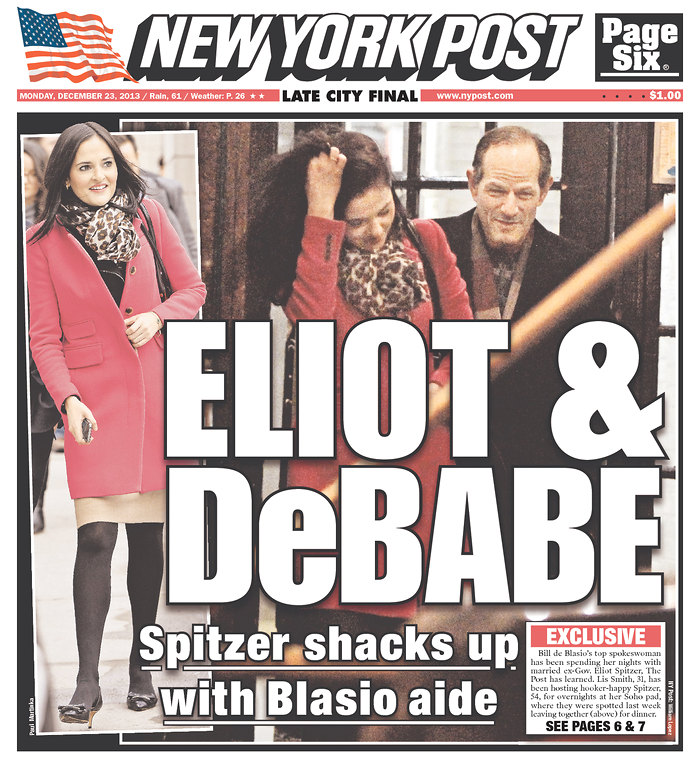