Three commissioners tasked with overseeing critical, emergency city services will remain in their positions during the start of Mayor-elect Bill de Blasio’s administration.

While Mr. de Blasio, who has yet to fill the vast majority of positions, refused yesterday to discuss who will be in charge of the fire and sanitation departments and the Office of Emergency Management when the clock strikes midnight–despite early reports of likely holdovers–OEM chief Joseph Bruno, Sal Cassano, who runs the Fire Department, and John Doherty, who oversees the Department of Sanitation, will all stay on at least through Mr. de Blasio’s transition.

“I’m sticking around,” Mr. Cassano told Politicker this morning at the mayor’s annual interfaith breakfast, but declined to say for how long.

“I’m going to stay on and help him out. I think it’s the right thing to do,” Mr. Bruno told Politicker at the same event. “They called me a couple weeks back and said, ‘Would you stay?’ I said, ‘If you need me, I’ll stay.'”

He said he’d been given no indication of a timeline or who is being considered to eventually take over the post.

Meanwhile, Mr. Doherty, the city’s longest-serving commissioner, has agreed to stay on through at least the end of the snow season, sources said.

But asked by Politicker about the status of the trio of posts yesterday, Mr. de Blasio refused to comment.

“I appreciate the attempt, but you know better. We will make our announcements when we’re ready to make our announcements,” he said, insisting plans are in place to ensure that “every agency knows exactly where they stand in terms of carry-over leadership when we don’t have a new leader in place.”

Additional requests for comment from the transition team were not returned. 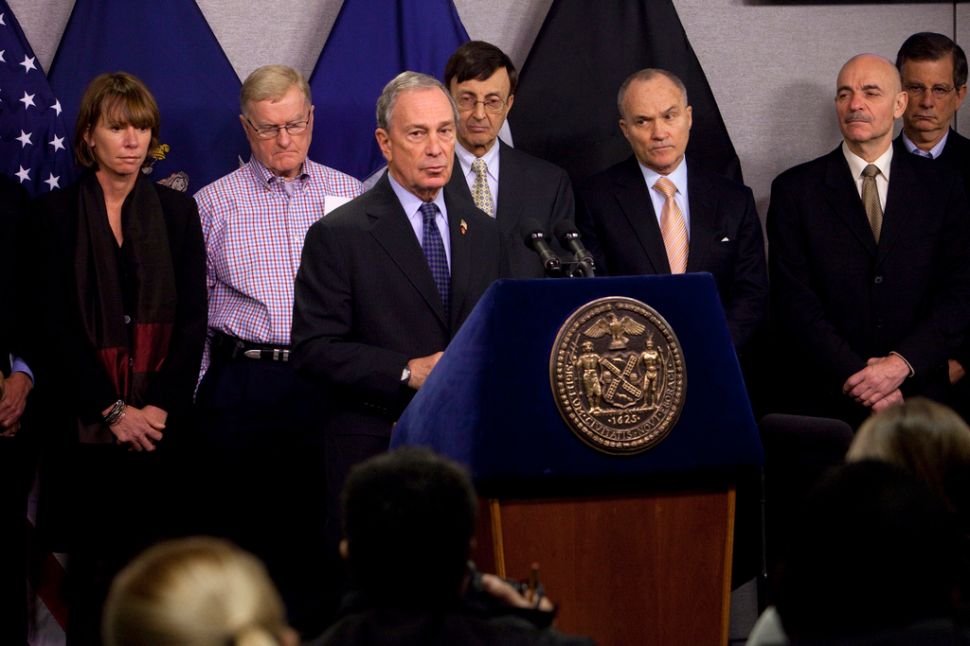