Will Gov. Chris Christie’s town hall meetings be in Iowa instead of the Garden State?

The 2016 presidential contest is still years away but the gear-up to the race can’t wait until the eleventh hour. And to that extent, how visible will Christie be in New Jersey in 2014? Christie recently took the reins of the Republican Governors Association. The move ensures New Jersey’s executive will spend a good amount of time shaking hands with people living out of state. The governor, who’s no stranger to traveling and hitting the campaign trail for Republican candidates, will again hit the tarmac if he hopes to forge the kinds of relationships necessary for mounting a White House campaign.

How will the Democratic field of candidates hoping to succeed Christie materialize?

Will Senate President Steve Sweeney be able to leverage the Senate presidency to forge relationships with North Jersey power brokers necessary to run a statewide campaign, or will Jersey City Mayor Steve Fulop be able to stir support from North Jersey cities and be the effective outsider? Both are good questions, and  we can say with some confidence that both Steve camps are working to find the answers.

But in the meantime, who else may emerge from the Democratic Party as possible gubernatorial contenders? Here are a few names of some potential hopefuls:

The North Jersey assemblyman has held a handful of leadership roles in the state’s lower chamber since being elected to the General Assembly in 2002, including being tapped as assistant majority leader in 2006 and deputy speaker in 2010. However, the state lawmaker with considerable amount of experience may feel like he’s grinding his wheels in the Assembly and could hope to make a move for higher office and it’s unlikely he’ll jump to the Senate with Sen. Dick Codey at the helm of McKeon’s LD 27.

The Marlboro Township mayor wasted little time following the Newton school shooting in taking local action. Hornik, who is known for his command decisions, posted armed guards at township schools. If the mayor has higher office in mind, he won’t be shy in putting a game plan in action.

Steve Fulop isn’t the only big city mayor who may want to use his political capital as a launching bad for a gubernatorial run. Elizabeth Mayor Chris Bollwage could be another Democratic gubernatorial hopeful seeking to mount a campaign on Sweeney’s perceived weaknesses.

The state’s General Assembly has its share of ambitious lawmakers, but not all are in as good of a position as Assemblyman Troy Singleton. The South Jersey lawmaker has significant union ties that would make him a suitable gubernatorial candidate if not a very strong lieutenant governor hopeful running alongside either a North Jersey or South Jersey guv hopeful.

The state’s governor isn’t the only person to have emerged as a popular figure following the devastation of Superstorm Sandy. Belmar Mayor Matt Doherty has been another face of the storm who put partisan politics aside for the sake of rebuilding in the wake of Sandy and who has a story to tell.

Will Lt. Gov. Kim Guadagno have a press conference?

Speaking of gubernatorial hopefuls, the state’s No. 2 shouldn’t be dismissed. With Christie likely spending more time out of state, 2014 could be Guadagno’s time to shine. But how is she going to do it?

Guadagno has largely taken a backseat in Christie’s administration – at least when it comes to being the face of the administration. But the lieutenant governor isn’t inept and shouldn’t be underestimated. In Atlantic City, Guadagno gave a speech to a packed room that drew laughs while still being able to deliver a message about tax cuts. She looked comfortable at the podium and no doubt could be a suitable candidate for Republicans to rally behind. But first, she’ll need to build her brand.

Are there any serious federal contests?

Voters will go to the polls in 2014 to decide who will fill the state’s federal seats. But are there any serious contests to be had? Well, let’s first take a look at what we have.

It’s the end of the year and Republicans have yet to put forward anyone who can mount a challenge to U.S. Sen. Cory Booker. Short of finding a self-funded candidate at this point, any Republican who surfaces will likely be well underfunded in a campaign and, at this point, may be looking to leverage a Senate race for name identity after Christie leaves office. In other congressional races, barring Republicans putting forward an unvetted candidate who gets exposed in a big way, there’s little to suggest a tight race is on the horizon.

Will Superstorm Sandy hurt Christie on the national stage?

The storm sent Christie’s approval ratings upward and they remained there until he was re-elected to a second term. But, will the storm hurt Christie on the national stage?

It’s still possible to find examples of Garden State residents suffering more than a year after the storm. And given the extent of the unprecedented damage caused by Sandy, it’s unlikely conditions will drastically improve for many residents still suffering in the immediate future. While the Garden State received federal dollars for the recovery, the assistance added another bureaucratic layer that will only delay the rebuilding process. And if the process is too delayed, how will that affect Christie on the national stage? 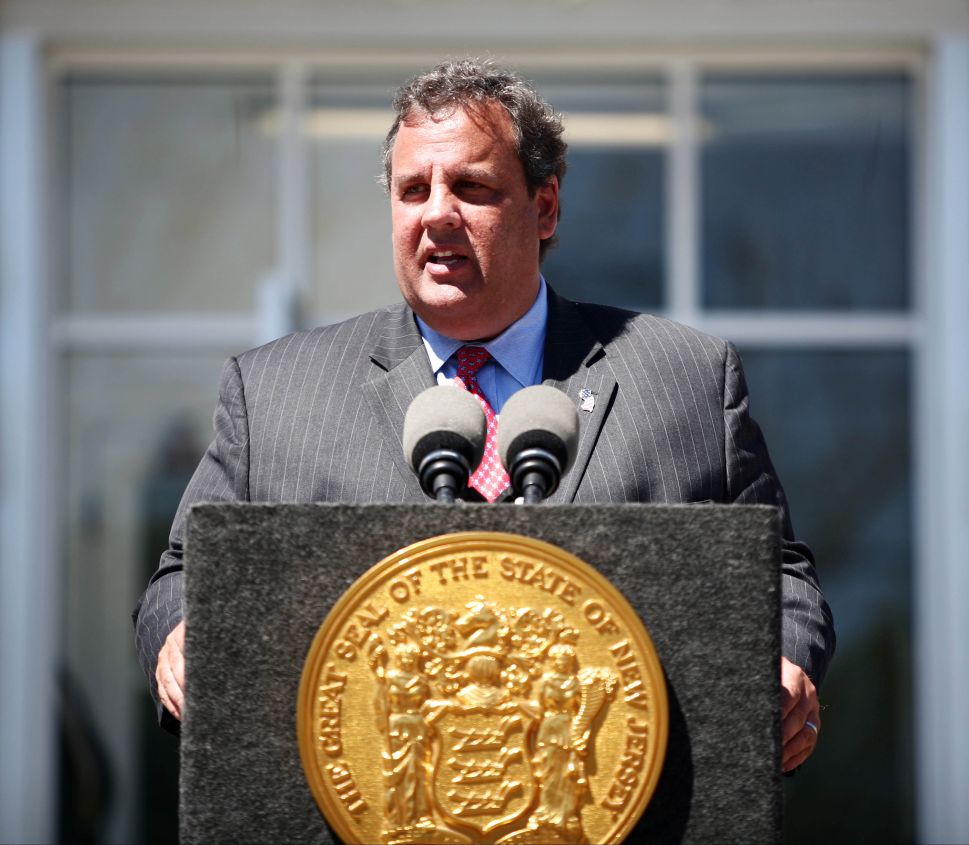