NEWARK – Essex County Sheriff Armano Fontoura took it upon himself to stand in the space between state Senate President Steve Sweeney (D-3) and Jersey City Mayor Steve Fulop this morning at the re-election kickoff of Essex County Executive Joe DiVincenzo.

Both Sweeney and Fulop showed up in support of DiVincenzo, and both men are interested in a future gubernatorial run.

Sweeney was on the speaking schedule for today’s event, while Fulop was not.

“No question whenever I have needed help, he [Sweeney] has been there,” said the county executive. Moments later, he referred to Fulop as “a great friend to us all.” 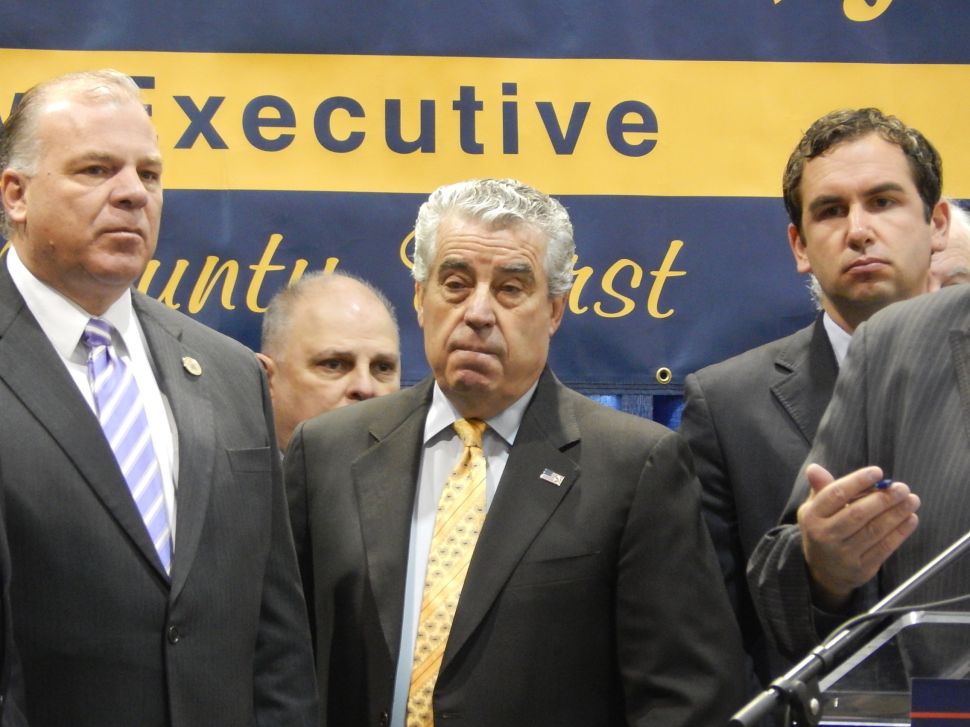