Glenn Paulsen, the former chairman of the Republican Party in Burlington, said Steve Lonegan would be a disastrous choice as a replacement for retiring U.S. Rep. Jon Runyan (R-3).

A movement conservative former Mayor of Bogota, Lonegan said he would move to Ocean County to pursue the Congressional seat Runyan will vacate at the end of his current term. 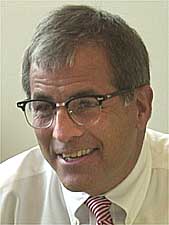