TRENTON – A letter signed by four former N.J. governors protesting a proposed gas pipeline through the Pinelands is being touted by environmental advocates as a major reason the project should be deep-sixed.

The letter, signed by former Govs. Brendan Byrne, Thomas Kean, Christine Whitman and James Florio, was directed to the N.J. Pinelands Commission Chair Mark Lohbauer and protests a planned 24-mile pipeline, 15 miles of which would go through land under Commission jurisdiction.

South Jersey Gas Co. wants to pay $8 million to the Pinelands Commission to build the 24-inch pipeline from Maurice River Township to Beesleys Point in Upper Township in part to service the B.L. England power plant, which is expected to help provide electricity to South Jersey after the Oyster Creek nuclear plant closes in 2019.

But the letter signed by the four former governors, and the more than 19,000 petition signatures protesters delivered to the governor’s office Wednesday, argue that the pipeline is unnecessary and the procedure being used is ethically and legally questionable.

Pinelands Plan regulations forbid using the forest area for such a pipeline, but on Nov. 27 the Pinelands Commission released a proposed agreement in which the rule would be waived for an $8 million payment by South Jersey Gas.

Jaclyn Rhoads of the Pinelands Preservation Alliance said that there is no compelling public interest involved here, just a deal to benefit a private company.

“We want the Commission to follow its own rules,” Rhoads said. “This will set such a bad precedent. The Commission needs to stick to the Pinelands Plan and not violate its own standards.’’

And Jeff Tittel of the Sierra Club said that “The commission is selling its soul.”

Dave Pringle of Clean Water Action said that the letter signed by the ex-governors speaks volumes. “It is unusual for four ex-governors to weigh in on a regulatory matter,” and he said it emphasizes just how much of an ethical cloud the Pinelands Commission is operating under by considering to accept what he called an $8 million “bribe.’’

In the letter, the quartet of former governors says that the plan “would compromise the integrity of the Pinelands Plan and serve to encourage future development.”

“We share a deep commitment to the Pinelands as one of New Jersey’s most precious resources,” their letter states.

A spokesman for South Jersey Gas defended the company’s proposal as necessary to the region’s future energy needs.

Dan Lockwood said that not only will the project benefit B.L. England as it changes from coal to natural gas, but the project will add redundancy for approximately 60,000 Cape May County utility customers currently served by one natural gas pipeline.

He said the intent is for the pipeline to go under existing roads and previously disturbed lands.

The 15-member Pinelands Commission is scheduled to meet and vote on the proposal on Jan. 10.

A Pinelands Commission spokesperson could not be reached immediately for comment. 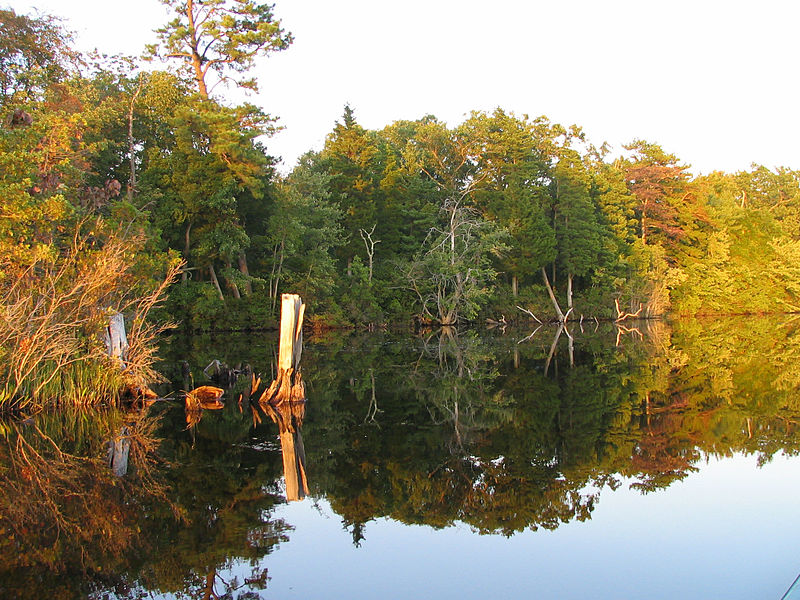