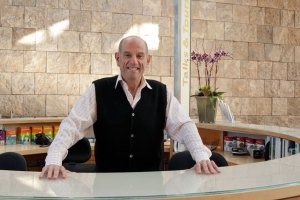 “Through his acquisitions, Scott has made an impact on every one of the museum’s paintings galleries and, in particular, transformed our eighteenth-century French collection,” Timothy Potts, the Getty Museum’s director, said in a statement. “We will miss his discerning eye, keen intelligence and above all his unswerving commitment to the museum.”

Back in 2010 Mr. Shaefer talked a bit about his hands-on approach to working at the Getty in its magazine, The Iris, noting that he enjoyed strolling the galleries each day, talking with security guards and visitors. It’s a fun read, available right here.