John Koblin is going to The New York Times, where he will be a styles section reporter, writes Women’s Wear Daily.

Mr. Koblin, a former media reporter here at The Observer and at WWD, went over to Deadspin, the Gawker media sports blog in March 2012.
“Sorry to be so abrupt, but this all happened very quickly: Koblin’s leaving us for the New York Times, a local daily,” Deadspin editor Tommy Craggs wrote a staff email obtained by Jim Romenesko. “On the one hand, this will be a great opportunity for him, and I find it admirable that he would set aside the stability and renown of writing for Deadspin to take a chance on a scrappy, up-and-coming outfit like the Times. On the other hand, fuck this shit. I’m heartbroken. More later.”

In an email to Times staffer’s, styles section editor Stuart Emmrich touted Mr. Koblin’s hire as part of an effort to become more news heavy and competitive on the web, and compared Mr. Koblin to a young Eric Wilson. According to WWD, Mr. Koblin will fill the vacant position left when Mr. Wilson went over to InStyle in October.

“John is a young, smart, talented reporter – much like Eric Wilson nine years ago – and he recognizes that the fashion houses that we cover are important cultural and business institutions and that the people who run them are worthy of creative, serious and aggressive reporting,” Mr. Emmrich wrote. “I have no doubt that John will help us produce a newsier, more competitive fashion report in Styles in 2014, particularly on the Web, one that further solidifies our position as the journalistic leader in this category,” 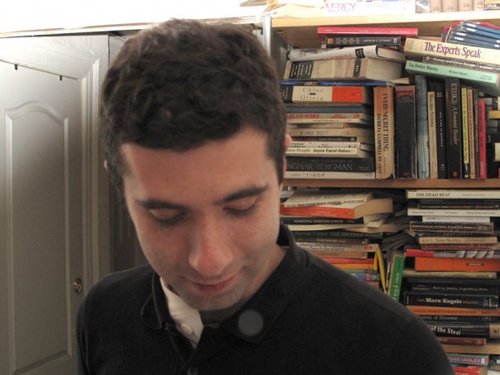