Paterson Mayor Jeff Jones hears the payback talk ahead of 2014 but dismisses it as silly, and intends to unabashedly run as the independent entity who refuses to be controlled or undermined by political skirmishes.

But Jones points out that Pascrell backed the loser in 2010 when Jones deposed Jose “Joey” Torres, “So who’s creating the double standard?”

At Pascrell’s fundraiser last night, insiders chewed on the name of Assemblyman Benjie Wimberly (D-35) as the strongest alternative to the recalcitrant Jones, and this morning, “Anybody who puts his name in his hat deserves respect,” Jones admitted.

Whether Wimberly runs or not won’t impact the mayor’s re-election effort, he told PolitickerNJ.com. “It can’t matter to me,” Jones said. “Benjie’s a great guy, but it can’t matter.

“Our kickoff started in May of 2010,” added the mayor, who insisted that his feud with Pascrell doesn’t impact his performance for the City of Paterson.

As for Pascrell’s federal performance, Jones said his city does not receive sufficient community development and health and human services aid. “I look at how much money the city has gotten and – I’m not talking police and fire now, which are important, don’t misunderstand me – but I’m asking myself ‘do you really want that kind of love?’”

The mayor denied that he also has a strained relationship with Republican Gov. Chris Christie.

“He’s a Republican and I’m a Democrat, and he wants the state to operate in a certain fashion and I want it to operate differently,” Jones said. “Why have somebody as mayor who’s going to walk in lock step with other people? I have no desire to be a soldier in someone else’s army. We have enough robots out there. It’s important for some of these people to have control but I’m not the guy who tells folks what they want to hear.” 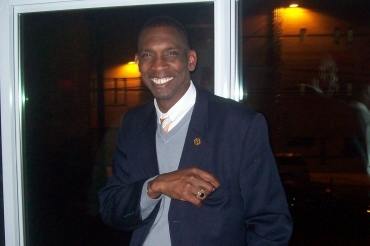