TRENTON – Lawmakers are hoping Gov. Chris Christie will approve spending $1 million on a pilot program aimed at curbing domestic violence in the state.

“I am hopeful that the governor will see the merits of the bill and make the necessary appropriations,” said Dancer, arguing the bill could “prevent deaths” and work to “significantly reduce” domestic violence.

The bill, S2910 and A321, cleared the Senate Budget and Appropriations Committee following a unanimous vote from lawmakers.

Offenders could be ordered to pay the costs of victim notification and the expenses related to wearing the device, according to the bill.

The bill is named “Lisa’s Law” after Letizia Zindell of Toms River, who was murdered by her former fiancée in 2009.

Dancer first introduced the bill in 2009, but it failed to gain any traction until recently.

The full Assembly passed the legislation in June following a 70-0 vote with six abstentions. 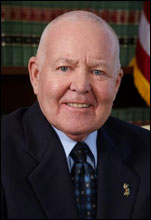