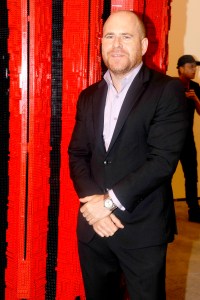 Art Basel Director Marc Spiegler has taken steps to limit certain actions by auction houses at Art Basel Miami Beach that, as he said in an email to exhibitors today, some dealers have deemed “counterproductive to their gallery business.”

The memo, reproduced at the bottom of this post, said past fairs saw representatives from Phillips, Christie’s and Sotheby’s “interrupting gallerists during conversation with collectors,” “using ipads or similar devices on the show floor to promote works for sale by the auction house” and “disparaging works for sale in terms of quality or price.”

All three auction houses immediately agreed to curtail such activity, Mr. Spiegler added, and praised how readily an agreement was reached.

“The initiative came from our side, but it was met with a very solid and upstanding response from their side,” he said.

The email, which was sent to every dealer at the fair, encourages them to forward any auction house-related complaints to the fair’s ombudsman (a position that traditionally exists to adjudicate fair-related disputes like pieces being accidentally sold multiple times, or authenticity issues).

We look forward to seeing you soon in Miami Beach. As you know, Art Basel is committed to providing your gallery with a great platform for promoting your program to both your existing clients and new patrons.

In the past, some of our exhibitors have raised with us their concern that actions by some auction-house personnel have been counterproductive to their gallery business during our shows. We take such issues seriously and therefore Art Basel contacted the three major auction houses – Christie’s, Phillips and Sotheby’s.

All three have recognized the fundamental principle that the Art Basel fair is a platform created by galleries for galleries. All three houses have agreed that they will not condone their staff acting in any way that interferes with the business of our exhibitors or their relationships with collectors in the show. All three have designated a single senior-level staff member to handle complaints about counterproductive activities.

Specific such activities could include:

· Promoting works that have been consigned to their house, either for private-treaty or auction sale, as an alternative to buying works at the show;
· Using ipads or similar devices on the show floor to promote works for sale by the auction house;
· Interrupting gallerists during conversation with collectors;
· Disparaging works for sale in terms of quality or price;
· Initiating contacts with clients inside the booth and then leading clients outside of the gallery booth.

If you at any time during the show feel that auction-house personnel are not complying with the spirit of this understanding, you may contact the on-site Ombudsman Helen Cohen on [redacted]. She will then immediately contact the designated senior-level staff member at the relevant house to quickly address the situation.

We hope this initiative will help to avoid such issues in the future, but will monitor this closely moving forward.

Wishing you a great week in Miami Beach,