On Wednesday, Mr. Bloomberg’s Board of Health voted unanimously on new rules that will require yearly flu shots for all children aged sixth months to five years enrolled in licensed day care and pre-school programs–drawing fury from a small group of ardent autism and anti-vaccination advocates.

“We already do vaccinate kids. It’s required for measles, whopping cough, chicken pox and mumps. Flu, unfortunately, kills more than all of those things put together in kids … So we required it for children five and under at licensed pre-school and daycare centers to get flu shots,” Mr. Bloomberg said this morning during his weekly radio show with WOR’s John Gambling.

Advocates who protested the measure this week argue the Bloomberg administration is exaggerating the benefit of the flu shot and underestimating risks, citing allergic reactions and the controversial claim that links vaccines with autism, which Mr. Bloomberg quickly shot down.

“Somebody some place, I forget who it was, might have been an elected official,  I forget, said, ‘Oh, it causes autism.’ … It is just literally not true,” Mr. Bloomberg said. “I can tell you what does kill kids is no flu shot. And  you know, it’s one of these things that there’s some crazies … And without thinking … you know, I don’t know whether they think it’s cute to go out and yell and scream, but you really hurt people.”

Mr. Gambling pointed to one anti-vaccination mother who’d told him she felt the vaccination should be her personal decision. “I thought to myself, ‘You’re not thinking about this. Because it really isn’t your decisions because you’ve got hundreds of thousands of other little kids.””

“Your kid can impact other kids by transmitting a disease and bringing it home,” concurred Mr. Bloomberg, who pointed to the First Amendment as one of many areas where people routinely trade personal rights for the benefit of the greater good.

“We’ve done this for an enormous amount, long long time. And this is just one other disease,” he added. “These things don’t ever go away. And when people stop vaccinating, then some kids get it. And afterwards they say, ‘Oh, you know, if I’d only known.’ Well, that’s why you have scientists. Are scientists always right? No, but they’re right a lot more than you and I are as civilians, or whatever non-scientists.”

Mayor-elect Bill de Blasio has yet to say whether he supports the measure, but a spokeswoman suggested he is on board.

“Mayor-elect de Blasio and his team are reviewing the proposal, but are supportive of proactive policies that promote public health,” his spokeswoman said in a statement.

According to a Board of Health notice made public in September, the flu results in 20,000 hospitalizations and 30 to 150 deaths on children under five nation-wide each year. 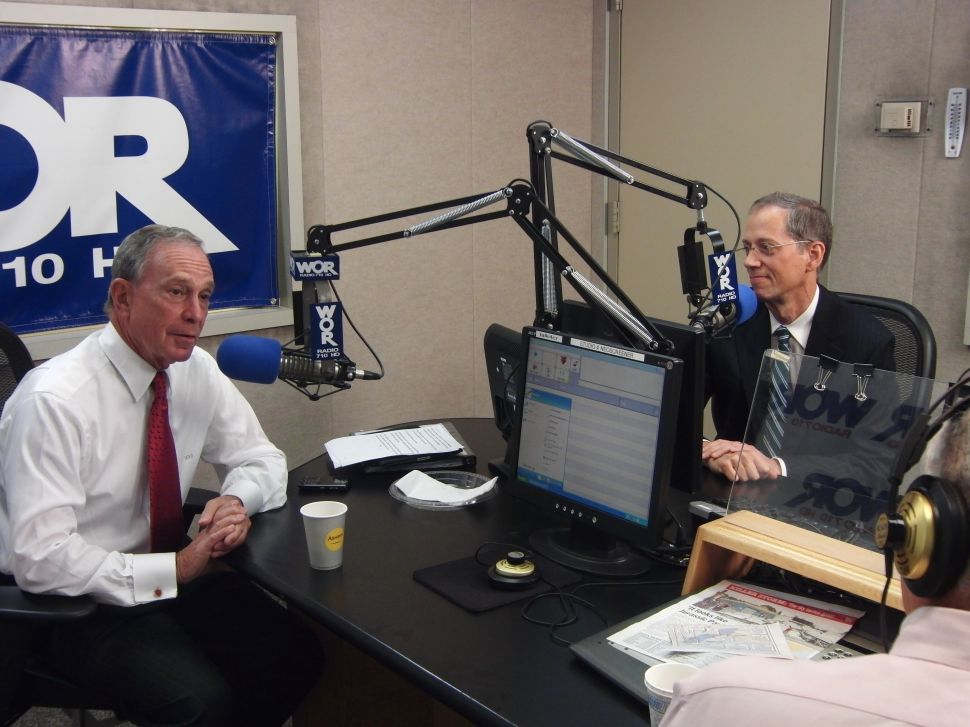