Ramos, the North Ward councilman, stated that he has worked to reduce city spending, not add to it.

Boxer today identified more than $10 million in appropriations for city offices, stating that was more than six times similar budgeting in similar-sized cities, as reported earlier today by PolitickerNJ.com.

Among other things, Boxer’s report found that the city budgeted over $10 million for its Clerk and Council offices in 2012, more than six times the amount appropriated for the same offices in Jersey City and more than eight times the amount spent in Paterson, the next largest New Jersey municipality.

“I put an end to a bloated public relations contract that cost city taxpayers a half a million a year and I fought against efforts to reinstate the contract every year,” responded Ramos in a prepared statement on Tuesday. “I do not drive a city car and I do not have a city-issued cell phone. I have less staff on the payroll than I am entitled to.”

The city’s top officials – mayor and council members – were criticized for certain expenses.

Rather than reimburse actual expenses as they were incurred, the City spent more than $545,000 from 2010 to 2012 on pre-set “in lieu of expenses” payments, the audit stated. The City did not establish guidelines for the use of the annual allowance and imposed no requirement that any expenditure of the funds be documented, the audit found.

Among the questionable expenses documented in the Comptroller’s report was the use of a fund intended to provide reimbursements to community groups for recreational activities.

“As soon as I learned about this questionable practice, I pushed for a formal application for groups requesting funding for recreational activities,” Ramos said. “As mayor, I will continue to work on behalf of the taxpayers of our city to root out unnecessary spending and invest our limited resources wisely on programs that will benefit all residents of the city.” 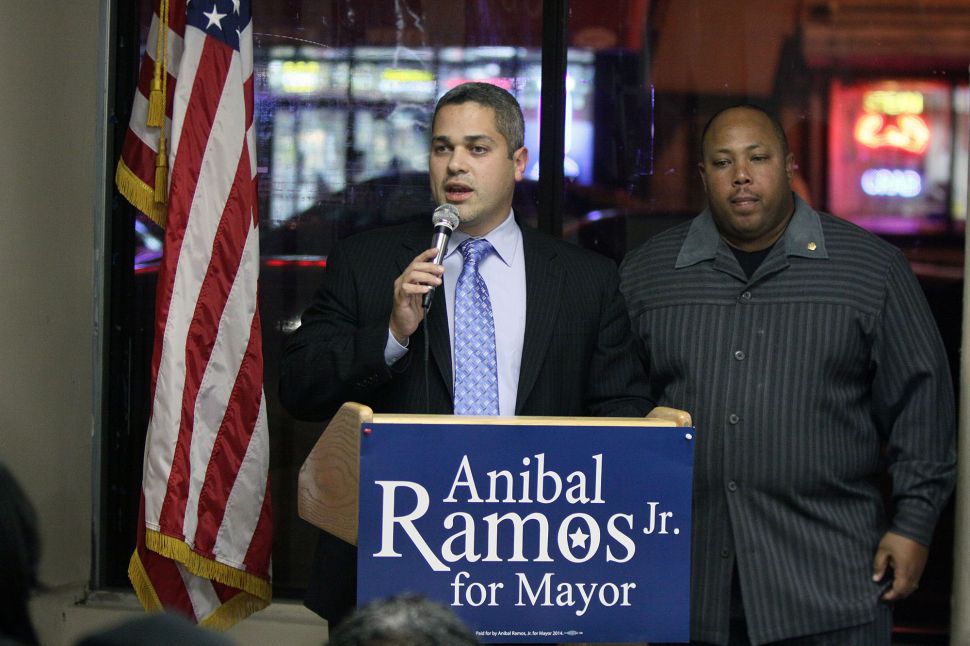