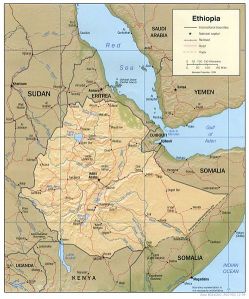 The Met’s first show of a living jeweler, “Jewels by JAR” (that would be Joel A. Rosenthal), which is accompanied by a trunk show, “is raising questions about the line between art and commerce.” [NYT]

The first illuminated manuscripts may have come from Ethiopia. [The Art Newspaper]

“Italian craftsmen have begun urgent repairs to the centuries-old roof of the Church of the Nativity in Bethlehem, first constructed in the fourth century over the grotto where tradition says Jesus was born 2,000 years ago.” [The Guardian]

A work of Chinese calligraphy said to be 1,000 years old, which sold for $8.2 million at Sotheby’s New York, has been declared a fake by three scholars. [NYT]

British mathematician and Enigma codebreaker and Alan Turing has received a royal pardon for his conviction on homosexuality charges. [The Guardian]