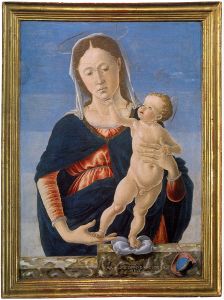 Petr Kotik will stage his six-hour “Many Many Women” at Paula Cooper on Friday. [WSJ]

“New York’s highest court on Tuesday reversed a decision in a case that could have forced the state’s auction industry to change its practice of keeping sellers’ names anonymous.” [NYT]

“Hollywood has got it wrong – art theft is not driven by villainous aesthetes, it is a branch of organised crime in which masterpieces are used as collateral to finance drug deals.” [Telegraph]

Scholar says the National Gallery of Denmark has Nazi-looted art. [The Art Newspaper]

Christopher Knight on the Norton Simon Museum declining to lend its Christ Blessing painting, by Hans Memling, “just because.” [LAT]

Lee Siegel on how one of Leo Steinberg’s classics, The Sexuality of Christ in Renaissance Art and in Modern Oblivion, helps explain Pope Francis. [The New Yorker]