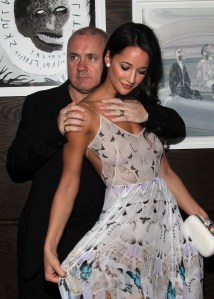 Alice Walton is said to be the buyer of the record-breaking Warhol that sold at Sotheby’s last month. [NYT]

“Although all eyes were on three of Norman Rockwell’s best-loved paintings, which brought a total of $57.8 million at Sotheby’s on Wednesday morning, two smaller works by the artist were snapped back up by William Stuart, one of the brothers who had inherited them from their father, Kenneth J. Stuart, Sr., the Saturday Evening Post’s longtime art director.” [NYT]

Ebay will launch an online art venture. [The Art Newspaper]

There’s a legal battle about who owns a Renoir a woman snapped up for $7 at a garage sale in 2009. [The Baltimore Sun]