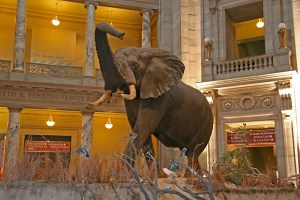 Christie’s says the collection of the Detroit Institute of Arts would raise between $452 million and $866 million if sold. [NYT]

Here are some photos from the Rob Pruitt art awards in Miami. [T: The New York Times Style Magazine]

Nigella Lawson denies Charles Saatchi’s claims that she was a drug addict when they were married. [Page Six]

The painter who made the dioramas at the Natural History Museum has died. [WSJ]

Exactly what Miami needs: another fair! A “high-end decor show” will debut in May 2015. [Miami Herald]

Okwui Enwezor will be the director of the 56th Venice Biennale. [Artforum]

The recipients of the 2013 Warhol Arts Writers Grants have been announced. [Artforum]