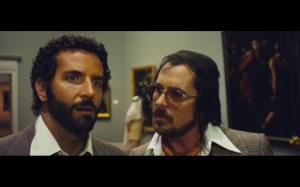 The U.K. owners of some 115,000 artworks are exempt from paying taxes on their collections as long as they allow public access, a situation some are calling “a racket.” [The Guardian]

Here’s a condo that’s specially designed to appeal to art collectors. It’s on the High Line on West 24th Street and has reinforced walls (for holding up heavy art) and special lights for displaying pieces. [NYT]

The hunt for the pieces of a missing Magritte. [WSJ]

The $20 million suit filed by Calder’s heirs against the estate of one of his dealers, alleging that the dealer sold fake works attributed to the artist and owed the heirs money, was dismissed. The suit was “an incoherent stew of irrelevance and innuendo,” the judge wrote. [NYT]

Georgina Adam recaps 2013. Scroll down for the photo of Glafira Rosales leaving court on the arms of two of her attorneys! [Financial Times]