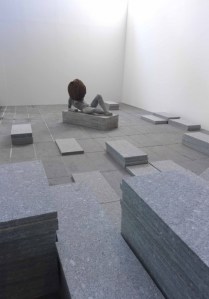 A painting purchased at an antique shop for about $575 by an English priest is actually a van Dyck, Antiques Roadshow reveals. The piece should make about $600,000 on the market, and he’s planning to sell it to buy his church new bells. [NYT]

The Centre Pompidou plans to open satellite branches in Russia, Brazil, India, China and, in 2015, Málaga, Spain. [The Art Newspaper]

Ken Johnson considers the original work of Pei-Shen Qian, who produced the Ab-Ex-style works later sold as real works by artists like Rothko and Pollock at Knoedler & Company. [NYT]

Georgina Adam looks ahead at what the new year will hold, predicting that “Tension between dealers and auction houses will grow, sales will get even less transparent and don’t bet on a $100m Picasso selling online.” [The Art Newspaper]

Ben Street succinctly sums up the worst shows of the year. [@thebenstreet/Twitter]

Lots of great contributions on This Long Century since the last time I checked, from artists like Matt Connors, Lucas Blalock, Patricia Treib and Darren Bader. [TLC]

Wishing I was in Paris: Pierre Huyghe at the Centre Pompidou. [Contemporary Art Daily]