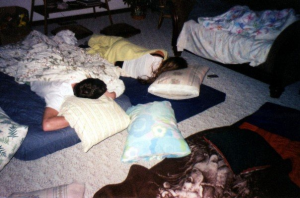 Another insurance company is suing Christie’s storage, alleging that the auction house affiliate is responsible for artwork damaged during Hurricane Sandy. [The Art Newspaper]

Here’s a profile of Marina Abramovic’s new play at the Park Avenue Armory. “I am pure performance, and [Robert Wilson] is pure theater,” Ms. Abramović said, adding that for years she had considered theater “the black box where the people are not real. It takes the reality away.” [WSJ]

The 27 Hopi and Apache artifacts sold at auction in Paris yesterday were bought by a foundation that plans to return the items to the tribes. [NYT]

Chus Martinez is leaving El Museo. Where is she going? [Art in America]

Bill Viola will have his first retrospective in Paris. [The Art Newspaper]