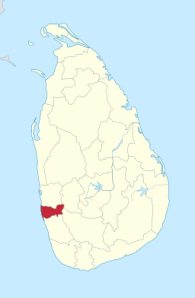 Here’s a report on the Google Cultural Institute, which opened earlier this month in Paris. [The Art Newspaper]

Georgina Adams questions how Artnet will finance its planned expansion and site redesign after recently losing $3 million and closing its Paris office among other downsizing measures. [Financial Times via Art Market Monitor]

What happened to the Caravaggio nativity scene stolen 40 years ago? [BBC]
Almost 50 years after it was damaged in a flood, Vasari’s Last Supper is “slowly coming back to life.” [NYT]
Here’s another story on the Lichtenstein Foundation’s donation of some 200,000 photographs made by Harry Shunk and Janos Kender of all sorts of postwar performances to the Getty and other museums. [Los Angeles Times]
The Colombo Art Biennale in Sri Lanka, now in its third year, is suffering from lack of funds. [The Art Newspaper]
Michael Kimmelman on the gargantuan towers rising on 57th Street. [NYT]