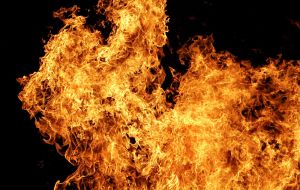 Because of financial trouble, the private studio/museum of Harry Jackson may be forced to close, sending its holdings of his work into the market. [NPR]

Detroit’s beloved Heidelberg Project has been the site of eight suspicious fires since May. [NYT]

The €100-million, Frank Gehry-desgned Louis Vuitton—Moët Hennessy Museum is due to open in Paris next spring. [The Art Newspaper]

Holland Cotter rounds up his favorite art events from 2013. [NYT]

The Collection Lambert’s expansion project will more than double the French institution’s size. [The Art Newspaper]

The Carnegie Museum acquires a Wade Guyton and a Sadie Benning. [WSJ]

Fashion moves in with London’s galleries. [The Art Newspaper]