Headline of the Day: “Brooklyn DA-elect asks Hynes staff to replace private toilet seat.”
Runner Up: “Committee Chairs Found Under the Tree.”
Revelations that Mayor-elect Bill de Blasio‘s chief spokeswoman, Lis Smith, is dating ex-Gov. Eliot Spitzer, have reportedly cost her the job of press secretary in his incoming administration, according to the New York Post. Mr. de Blasio is looking for a new communications director, with his top aides reportedly interviewing several possible replacements this week, the paper said. Mr. de Blasio was apparently blindsided by the news of the relationship, which was reported by the tabloids Sunday.
Tickets to Mr. de Blasio’s administration sold out in less than two hours yesterday–and quickly made their way via scalpers to Craigslist, the Post reported. “I’m selling two tickets to Bill de Blasio’s inauguration on Wednesday … the Mayor-elect will greet the event’s attendees in City Hall following the ceremony. So maybe you’ll get to meet him?” posted one seller who was reportedly seeking $20 a pop.
CBS News correspondent John Miller will be re-joining the NYPD, according to Capital New York. “If you take the L.A. experience, we had a pretty effective shop there, I think if you look at the New York experience they have, certainly it is the most complex and forward-leaning counterterrorism operation of any police department in the world, so it will be a great challenge that I will have to rise to,” said Mr. Miller, who will take on a high-level counterterrorism role at One Police Plaza.
And Anthony Weiner‘s sexting pal Sydney Leathers really wants to go to Mr. de Blasio’s inauguration. “If you’re not taking me as your date to de Blasio’s inauguration, I hate you,” she said yesterday via Twitter, arguing that, “as the ultimate troll I feel I need to be there. Someone with tickets should take me. … In my mind, de Blasio will bring me out like a show pony & give me a key to the city for saving it from Weiner. 🔑” 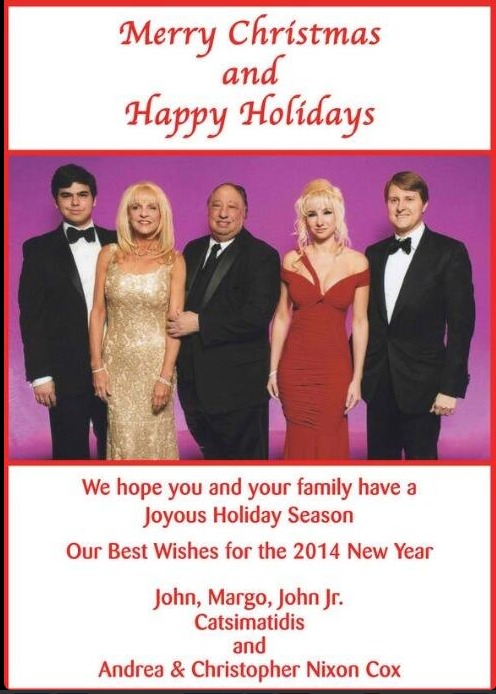