Hello! It’s Mr. Monocle, here to once again regale you with tales of my journeys. This month’s destination is a little different. Instead of the usual jaunt to some godforsaken hellhole, I decided to stay in Manhattan. In the spirit of the holiday season I visit one of my favorite spots… the famed Algonquin Hotel!

The Algonquin is home to the ghosts of the Round Table. It’s also home to a $24 well whisky, which is just steep enough to keep out the riffraff.

I was meeting with my old business partner, who arrived as garishly attired as ever. He was sporting a ridiculous gold chain around his neck. Apparently it was heavy, and it must have fit poorly, because he moaned about it throughout the night. Luxury is not for everyone.

We’d had several drinks when my old partner sprung an awful imposition on me by suggesting that we meet up with three friends of his. I had no choice. I was annoyed but lightened my mood by calling my intern and informing him he’d have to work all day on Christmas. (He’s Jewish, but he still seemed to resent this.)

A few minutes later the first of the guests strolled in: a loud boisterous sort who kept going on and on about the past, specifically the New York of the 1970s. “I remember the old New York! It had an energy and crack was everywhere, but it was real! I miss the old Times Square!” His nostalgia choked the conversation like the smog he missed so much. He continued to name places no one cared about, as we nodded, his face getting redder by the minute.

Next we adjourned to the Round Table Room, where we were greeted by Jeffrey, the food and beverage manager of the Algonquin. Before long the second guest arrived, and he was as tiresome as the first. A writer who didn’t actually write, which sounded like the one-man embodiment of a bad O. Henry tale. He might as well have been a cobbler, judging by the way he shoehorned the names of prominent people and designers into the conversation. Thankfully, he’d bought us a present, in the form of a tray of martinis.

We made our way to the Lounge for some Laphroaig. Finally, the third guest arrived. He wore red flannel, like a hunter, and his prey was boredom. He caught it, and shared it with all of us. He sported an unfortunate floppy tousle of hair on the top of his head, with the sides shaved. Possibly he’d recently undergone surgery. He worked at a startup company, developing an app that predicted the next bar you’d visit based on your interests. We tried it out, answering questions and before long the bar appeared. We saw images revealing a faux-dingy room, adorned with animal parts and reclaimed wood. (Maybe it hadn’t been claimed for a reason? Doesn’t anyone think about that? Not everything pulled from a bowling alley in Milwaukee is to be celebrated.) A bearded man doled out fair-trade pickles from a jar made from a turn-of-the-century lightbulb. Good lord… it was Brooklyn. I was horrified.

This was a sign for me to change my ways. I never should have agreed to meet new people! I paid my check before rushing out into the night. On the street I noticed my intern’s young son, a kid who was always doing a funny walk to get attention. I ignored him.

The next morning I awoke with a start and ran to the window. I asked a boy on the street where I was. “Manhattan!” he shouted back. God bless us, everyone. I ordered the gardener to turn the hose on the kid and pulled the curtains. 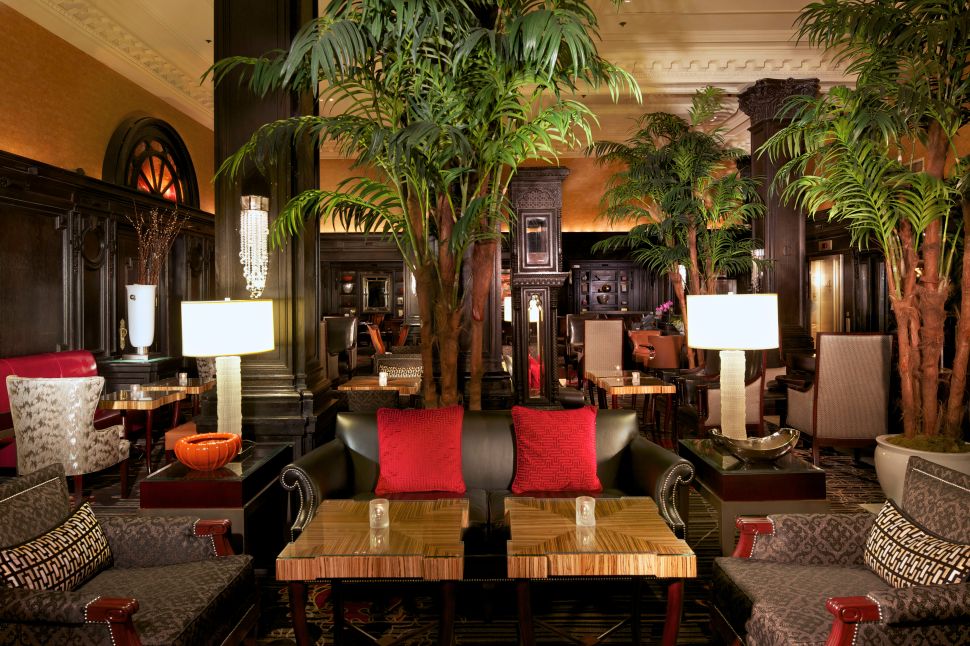