Did you honestly think that subzero temperatures would protect you from summer’s blood-sucking bugs?

Well, prepare to be disappointed. Scientists have discovered this year’s most horrifying surprise — a new breed of cockroaches that don’t mind the cold.

The Japanese cockroach, also known as Periplaneta japonica, has been spotted on the High Line. While no one’s sure how it got here, (tourists, cough) scientists told the AP that the creatures can outlive freezing temperatures and even walk on ice, unlike the usual inhabitants of midtown’s not-so-fancy hotel showers.

“Because this species is very similar to cockroach species that already exist in the urban environment,” Dominic Evangelista, a Rutgers University insect biologist, said, “they likely will compete with each other for space and for food.”

Thankfully, there’s little chance that the new bugs on the block will stay for too long. Researchers believe that New York roaches, which normally spend the winter hibernating, will likely take out the invaders before they have a chance to find a rent control apartment on Madison.

Just remember to roach-proof your Christmas stocking this year. 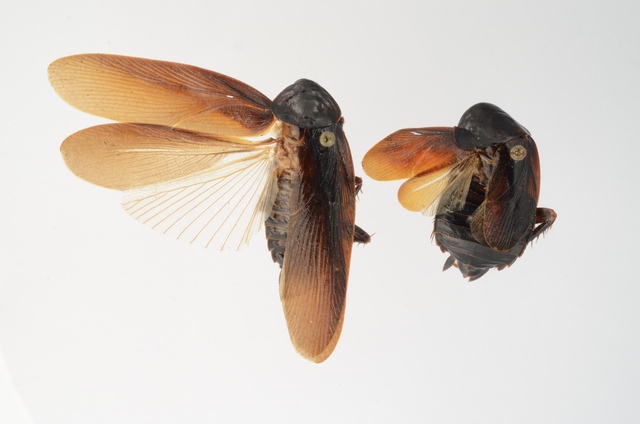