Court papers indicate that Baraka wrote the letters on behalf of convicted gang leader Al-Tariq Gumbs at his sentencing in 2010, according to previously published reports.

Baraka wrote that Gumbs could serve as “an asset to our community” in resolving gang-related conflicts that result in homicides and shootings in New Jersey’s largest city. Baraka also claims that he was unaware that the letters would be included in motions requesting leniency for Gumbs, the alleged founder of the Brick City Brims set of the Bloods street gang.

“This gang leader was not a pillar of the community, he was a well-known murderous thug with a criminal record that stretches back to 1998. He and others like him are the reason Newark’s crime rate is out of control and our streets are no longer safe for our residents,” Ramos said. “Let me be clear. I will never negotiate with gang members.”

Newark and the surrounding communities have suffered through a horrific holiday season, including the murder of two city teenagers on Christmas night. Newark will end 2013 with more than 100 murders, the most Brick City has had since 2006.

“Nobody is talking about negotiating with gang members,” Baraka said. “The idea behind Project Chill is to give gang members a stark choice: continue the violence and you will be shot dead on the streets or spend your life in jail… or put down your guns and get the opportunity to change your life through education, job training and job opportunities.” 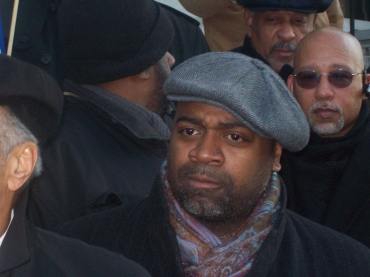