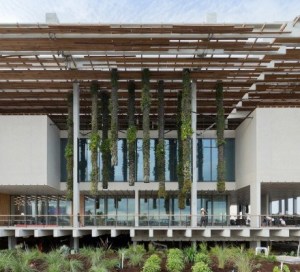 Miami has more than once been called an ungovernable city, and, true to form, its museum scene is balkanized and unruly. Private museums run by deep-pocketed contemporary art collectors like the Rubells and the de la Cruzes have dominated the scene in recent years, largely buying work with an eye on the market. The hometown Miami Art Museum, which receives public financing, is just 30 years old and only began acquiring work in 1996. Meanwhile, there are reports that, following the recent failure of a bond referendum for an expansion, North Miami’s Museum of Contemporary Art may leave its current home and merge with South Beach’s Bass Museum of Art, a scattershot museum founded by private collectors 50 years ago. MOCA denies this.

It’s a treacherous landscape for public institutions,  in other words, but during Miami Basel last week, they offered up largely impressiveshows, and there was at least one major sign of life: the unveiling of a new $131 million home for the Miami Art Museum, which in 2011 was renamed the Pérez Art Museum Miami after a promised $40 million from developer Jorge M. Pérez, divided between cash payments and art. 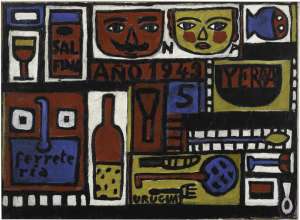 That name change was controversial, and four museum board members resigned, so museum officials needed their new home, which replaces its previous Philip Johnson–designed incarnation, to be a knockout building. It is.

Swiss architects Jacques Herzog and Pierre de Meuron are responsible for PAMM’s remarkable, airy three-story structure, which is located downtown, a stone’s throw from the Miami Heat’s American Airlines Arena. There are rich wood floors, cool concrete walls and expansive views of the neighboring bay (and its cruise ships) that are syncopated by tall cylinders of hanging plants, weighing more than some 4,000 pounds apiece, that stretch down from a trellis on the roof. From a distance, it looks like a super-sized rainforest bungalow. It has 32,000 square feet of exhibition space, a touch less than MoMA PS1’s 40,000.

What is particularly heartening about PAMM is that it not only avoids the pratfalls that have plagued many other recent art museums by globetrotting architects—there are no ridiculously angled walls, no awkwardly proportioned spaces, no wasted space, as in Zaha Hadid’s Contemporary Arts Center in Cincinnati or Daniel Libeskind’s Denver Art Museum or Herzog & de Meuron’s own Walker Art Center expansion—but it is also sensitive to the needs of its users. 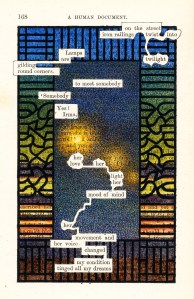 Galleries vary in size as they flow gracefully one to the other, from enclosed spaces to those with floor-to-ceiling windows, gleaming with natural light. A wide stairwell that connects the first and second floors comfortably doubles as a screening space for videos, with seats set up along part of it. (Offices are on the third floor.) A tall project room, occupied now by a stunning geometric mobile by Monika Sosnowska that resembles scaffolding whipped up in a tornado, will nicely facilitate gargantuan contemporary installations, but its relatively modest size will give smaller works a fighting chance. This is a museum focused on an intimate and inviting experience of art. It recalls Peter Zumthor’s sublimely meditative Kolumba museum in Cologne, a comparison I owe to designer and gallerist Prem Krishnamurthy. (Even the rather weak retrospective of Chinese superstar artist Ai Weiwei looks good there.)

The museum’s holdings are, however, another matter. Since it has only been buying for less than 20 years, there are few major pieces and few blue-chip trophies (not always such a bad thing), but the inaugural hang of its collection, titled “Americana” and organized by Tobias Ostrander, supplemented by loans, is uniformly excellent, intermingling established American and European artists with far-lesser-known Latin Americans. 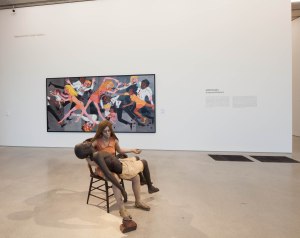 A whimsical 1947 painting by New Yorker Adolph Gottlieb, with stick faces arrayed in a grid, hangs next to a brilliant 1973 abstraction with lush fields of color by Aubrey Williams, who was born in Guyana and lived in London, Jamaica and Florida. A primo brass and aluminum wall piece from 1975 by Donald Judd shares a room with a charming, childlike still life from 1943 with faces, dining utensils and glasses in little boxes by Joaquín Torres García, who spent his career in Montevideo and Europe. A room of political work is harrowing, including the estimable African-American artist Faith Ringgold’s 1967 painting of people bloodied in a race riot and Duane Hanson’s startlingly lifelike modern-day pietà from 1964 with a seated light-skinned woman holding a wounded black man.

But the real reason to visit by May 25 is to catch the exhibition “A Human Document,” which features scores of works of visual and concrete poetry, spanning more than 100 years from the collection of local couple Ruth and Marvin Sackner, whose 35-years-growing collection has been dubbed “an archive of archives.” It is an astounding display, with quirky, enlivening experiments by major figures in De Stijl, Futurism, Situationism and pretty much every other outré art movement of the past century, as well as unclassifiable inventors like the early-20th-century Chicago-born Bob Brown, whose quirky poetic experiments and drawings still crackle, and Brit Tom Phillips, now 76, who draws on printed pages, obscuring and highlighting words to tease out new stories. Organized by René Morales, it is the best group show that I have seen in at least the past year, and if it doesn’t travel to New York, we have all been robbed. 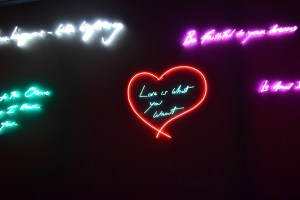 Installation view of ‘Tracey Emin: Angel Without You’ at MOCA North Miami.

Text of a considerably flashier sort is on view in British terrible Tracey Emin’s first-ever U.S. museum show, at the Museum of Contemporary Art, North Miami, focusing exclusively on her neon works, which spell out various quips and aphorisms in her scrawled handwriting. More than 60 works in a variety of colors hang together in an otherwise dark room with black walls, installed by former MOCA Director Bonnie Clearwater. It’s stunning.

People love to disparage these works as sentimental and trite—as no-brain collector fodder—and to be sure, some are horrifically Hallmark-y (a fuchsia “be truthful to your dreams,” a blue-white “you touch my soul”), but hating them is like hating cupcakes: Yes, there are more sophisticated things in the world, and, yes, they have become painfully ubiquitous, but if you spurn them, you’re only depriving yourself of something deliciously pleasurable.

Ms. Emin is shameless but knowingly so: Couching stock sentiments in the stuff of all-night diners and auto-repair shops, she makes works that are cheaply chic and a little tawdry. They’re unashamed camp, in other words, and they recall Umberto Eco’s argument about speaking today, “in an age of lost innocence,” acknowledging that the emotions we voice are tired clichés even as we mean them sincerely (“As Barbara Cartland would put it, I love you madly,” he writes as an example). In the game of having one’s cake and eating it too, these rank with Richard Prince “Nurse” paintings and everything Jeff Koons has done for the past 25 years. 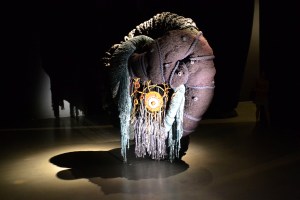 Ms. Emin, now 50, has made a point throughout her career of unapologetically reveling in traditionally male artistic archetypes like promiscuity and hard drinking. “People like you need to fuck people like me,” as she mocks in one neon. From what we have seen of her painfully amateurish drawings, paintings and prints in New York, a full-on Emin retrospective seems likely to be a disaster. (Though, come to think of it, I wouldn’t mind seeing a group of her early sculptures together.)  But this tight, focused show is Ms. Emin at her best, which is very good.

Piotr Uklański’s show, “ESL,” up through March 16 at the Bass Museum of Art in South Beach, just a few blocks from the sprawling convention center that houses Art Basel, is almost as tightly focused as the Emin show, but unfortunately it’s focused on the least interesting aspect of the 45-year-old Polish-born artist’s work: the various brands of huge, vibrant abstractions that he makes by overlaying bright sheets of torn paper or by embroidering thousands of little balls of red thread onto white canvas or by affixing a few dozen ceramics to supports to make wildly textured painting assemblages.

The Bass Museum’s director, Silvia Karman Cubiñá, has sourced about 30 such works from the past 20 years, which provides a pretty good cross-section of that material, and it’s all perfectly entertaining, macho bad-boy stuff—what Mike Kelley may have made if he was the dark-hearted king of his high school—but her show makes you yearn for Mr. Uklański’s smarter, more subtle works: taut grids of movie Nazis, his ingenious disco floor and his mysterious wall-spanning yarn works. A monstrous yarn piece that resembles some prehistoric beast, spot-lit in a back room, is a nice exception. 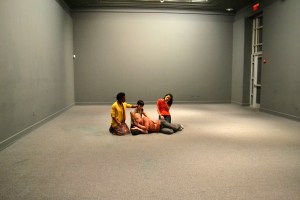 Performance still of Alexandra Pirici and Manuel Pelmuş’s work for ‘Time’ at the Bass.

This past week, the Bass, toasting its 50th anniversary, was also hosting a work by Romanian artists Alexandra Pirici and Manuel Pelmuş, as part of a smart group show called “TIME.” The work had four performers in an otherwise empty gallery, enacting the poses of people from the museum’s collection of Old Masters (a copy of a Goya royal portrait, a Rubens Bible scene). It was utterly captivating and had people transfixed, but after Sunday, it was gone, just like the international crowd in town for Basel. 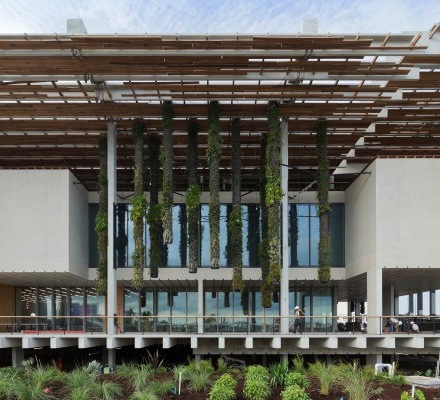