The chief of staff has served for Christie for more than 10 years going back to the U.S. attorney’s office.

Regina Egea will be named the new chief of staff and has been director of the Authorities unit. “She has an exceptional background in the private sector,’’ Christie said.

In addition, Amy Cradic will become new deputy chief of staff. She had been at the Department of Environmental Protection as assistant commissioner for Natural & Historic Resources.

Among other changes, Bridget Kelly will remain as deputy chief of staff for intergovernmental and legislative affairs.

O’Dowd thanked Christie for allowing him to serve in the last four years and for his continued confidence in him.

“It is a tremendous opportunity and privilege’’ to lead the department of Public Safety, he said. 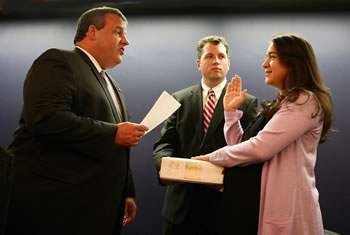