“This piece of legislation will impact and benefit more than 38,000 residents in our city that currently work and do not have the benefit of having paid sick leave,” said North Ward Councilman and mayoral candidate Anibal Ramos, Jr., who is sponsoring the Newark bill. “A healthy employee is a productive employee, and we all agree that this is something that is not going to hurt, but will help, the business community here.”

Employees directly in contact with the public would be able to earn five sick days a year regardless of company size, and the days can be used to care for themselves or family members.

The Newark City Council was preparing to vote on Wednesday night to mandate paid sick leave two months after Jersey City passed a similar ordinance, becoming the sixth municipality in the nation and the first in New Jersey to pass such a measure. Other cities that have adopted paid sick leave bills include Portland, Ore., San Francisco, Seattle and Washington, D.C.. Connecticut has adopted a statewide paid sick-leave law. A New York City paid sick leave law will take effect next year.

Some last-minute enforcement provisions were added to Newark’s paid sick leave bill shortly before Wednesday night’s council meeting, delaying a final vote on the ordinance, according to labor advocates. The final vote on the amended bill is expected on Jan. 8.

Regardless of the delay, South Ward Councilman and mayoral candidate Ras Baraka spoke out in support of the bill.

“It is important that people are not at work sick, getting other people sick,” Baraka said. “It’s not only the right thing to do; it’s a public health issue.”

But for Derick Swaby, a cabin cleaner on planes at Newark Airport, the bill is definitely necessary.

“For me and for all the workers, we need paid sick days,” said Swaby, 55, of Newark. “You need days to recover when you’re sick without having to worry about losing money. Right now, I’m compelled to go to work when I’m sick, because if I don’t go, I don’t get no pay.” 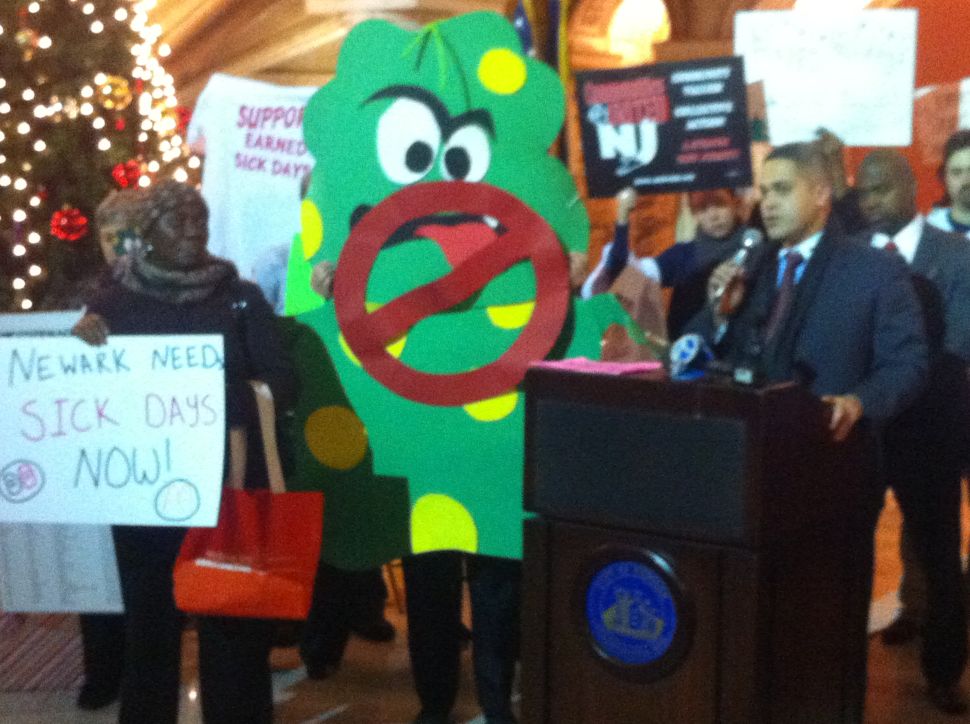