NEWARK – Newark mayoral candidate Anibal Ramos Jr. picked up his third major union endorsement of the campaign on Tuesday as he gained the support of the International Brotherhood of Electrical Workers (IBEW) Local 1158.

The IBEW Local 1158 represents 3,700 white-collar and blue-collar employees working in manufacturing, communications, utilities and other industries as well as at various municipal and county governmental facilities. The union represents close to 1,700 workers based in Essex County, of which 300 work for the Passaic Valley Sewerage Authority in Newark.

The IBEW Local 1158 is the third major union to support Ramos, the North Ward councilman, in the run-up to the May 2014 Newark mayoral election. Ramos was endorsed by two of the largest building trades unions in the state – the Northeast Regional Council of Carpenters (NRCC) and the International Union of Operating Engineers (IUOE) Local 825 – in June.

“I am proud and honored to receive the endorsement of the IBEW Local 1158,” Ramos said. “It’s clear from the support of the IBEW, NRCC and the IUOE, that labor is fully behind my campaign based on my support for working families, including my advocacy this fall on behalf of a referendum raising the minimum wage and my recent sponsorship of legislation mandating paid sick days for workers in Newark.”

“Councilman Ramos has dedicated his career in public service to fighting for working families,” Calabro said. “He just doesn’t talk the talk, he actually walks the walk. We know we will be able to count on him when he is elected mayor to do right by working families.” 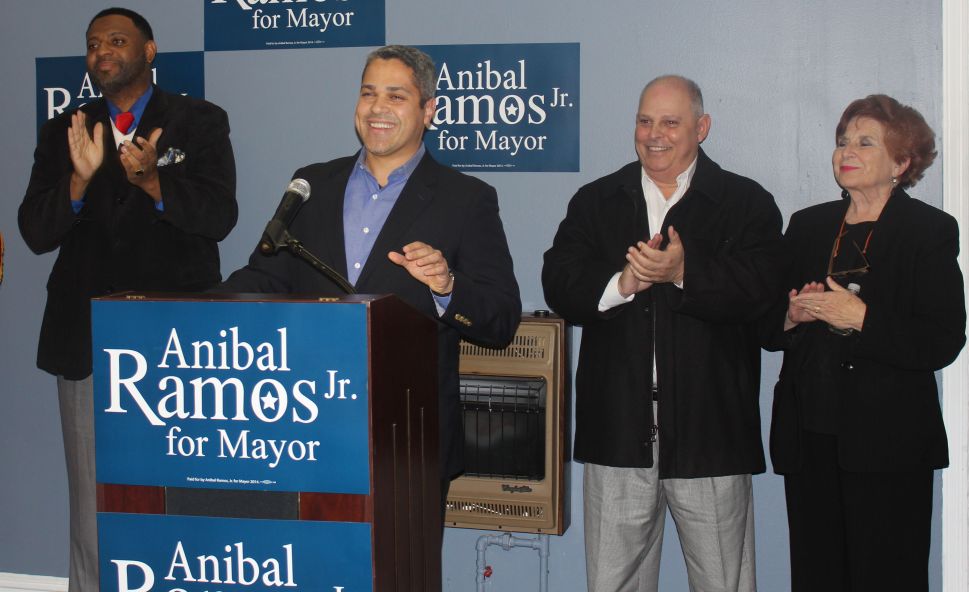