One truly doesn’t know the joy of a good, almost-painful hot sauce until it’s gone.

New York City restaurants are hoarding supplies of of their favorite rooster hot sauce in preparation for the coming Sriracha-pocalypse.

Regulators have frozen all of Huy Fong Foods’s shipments of the cult condiment to the Big Apple for 30 days, lasting until mid-January.

“We’ve stocked up since a couple weeks ago, when we got word of a possible impending shortage,” Jennifer Saesue, general manager of OBAO Hell’s Kitchen, told DNAinfo. She said she’s got enough of the sauce stocked away to last her restaurant three months.

The hot-sauce maker was forced to close its plant after the California Health Department investigated numerous health complaints at Huy Fong’s Irwindale, Calif., factory, where the beloved product is produced. Irwindale residents complained of heartburn, asthma, and nosebleeds allegedly caused by fumes emitted from the factory, according to Forbes.

Some restauranteurs are deflecting altogether from the famous brand and buying alternative sauces or simply making their own. But for other chefs, there’s just no alternative.

We can’t help but agree, Ms. Mana-Ay. Give us heartburn, or give us death. 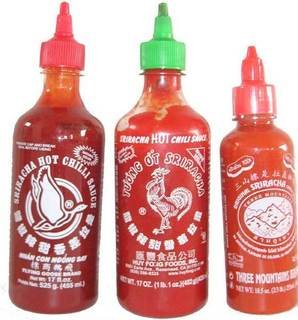