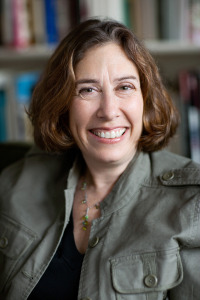 The New York Times reports that the family of Norman Rockwell is unhappy with a new biography by Deborah Solomon, which claims the artist may have had homosexual tendencies.

The references are only in passing but the book does also accuse him of having a fondness for teenage boys, never saying that anything happened sexually between them and the artist, but well, it wasn’t the book Rockwell’s descendants signed up for:

“The bottom line is that’s it’s astonishing,” said Abigail Rockwell, a granddaughter of the painter, who said he was heterosexual and “not remotely a repressed man.”

“She layers the whole biography with these innuendos,” Ms. Rockwell added. “These things she’s writing about Norman Rockwell are simply not true.”

Thomas Rockwell, the second of Rockwell’s three sons, said the family fully cooperated with the biography. “We were perfectly open” with Ms. Solomon, he said, “because we liked her.”

Farrar, Straus and Giroux issued a statement saying it stands behind Ms. Solomon’s research, something Ms. Solomon did herself in her interview with The Observer‘s Andrew Russeth a few weeks ago:

Ironically, one of her favorite biographies is James Lord’s Giacometti book, which prompted many of the sculptor’s friends to take out an ad in The New York Review of Books to say it was full of lies. “I think it is as great as a biography can be, and he probably made a lot of it up,” she said. “But at least he had a vision and he sustained it. I don’t think he did any research—it’s very different from what I do.”