While Christie has had an often acrimonious relationship with both public school teachers and the New Jersey Education Association (NJEA) teachers’ union, Menendez lauded public teachers and the entire public education system as critical factors in the realization of the American Dream.

“We have an enormous responsibility to invest in public education, in every school, in every county, and in every city,” Menendez said before a packed auditorium at the Robert Menendez Elementary School on Wednesday. “The truth is New Jersey has one of the best educational systems in the nation. And we have all of those who choose to be educators to thank for that. Our students have some of the highest scores on the national assessments of education progress because of you. Our public school system is considered one of the nation’s finest because of you. And I personally do not take well to having teachers being attacked and criticized instead of helped and nurtured at the end of the day to achieve these goals for children.”

Menendez emphasized that continued public funding is needed for public education to ensure America’s place as a leader in the global economy.

“We need to give teachers and schools and communities the tools they need to teach our children well and put a premium on being smart in a world that seems to be more interested in who Shakira is than who Shakespeare is, or more interested in Angry Birds than the Arab Spring.” 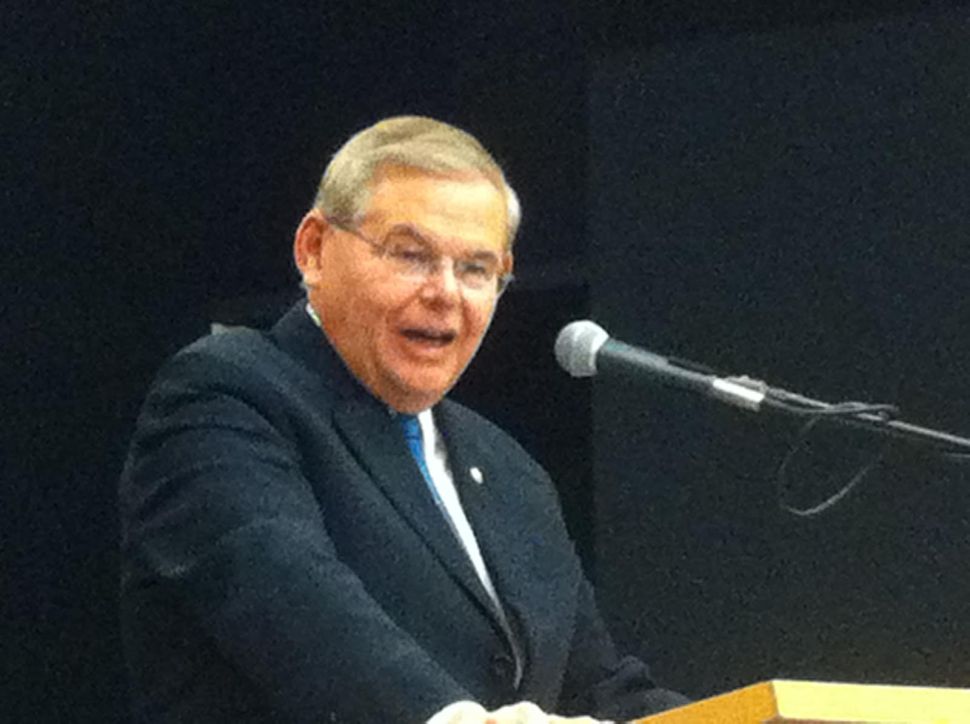