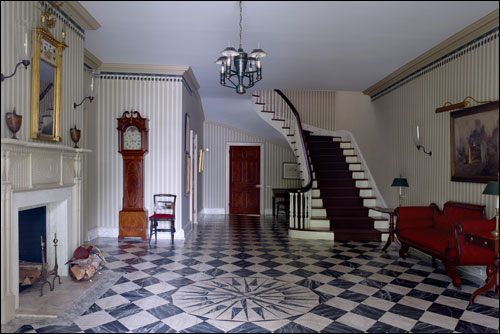 Moving to Gracie Mansion will be a major change for the de Blasios. 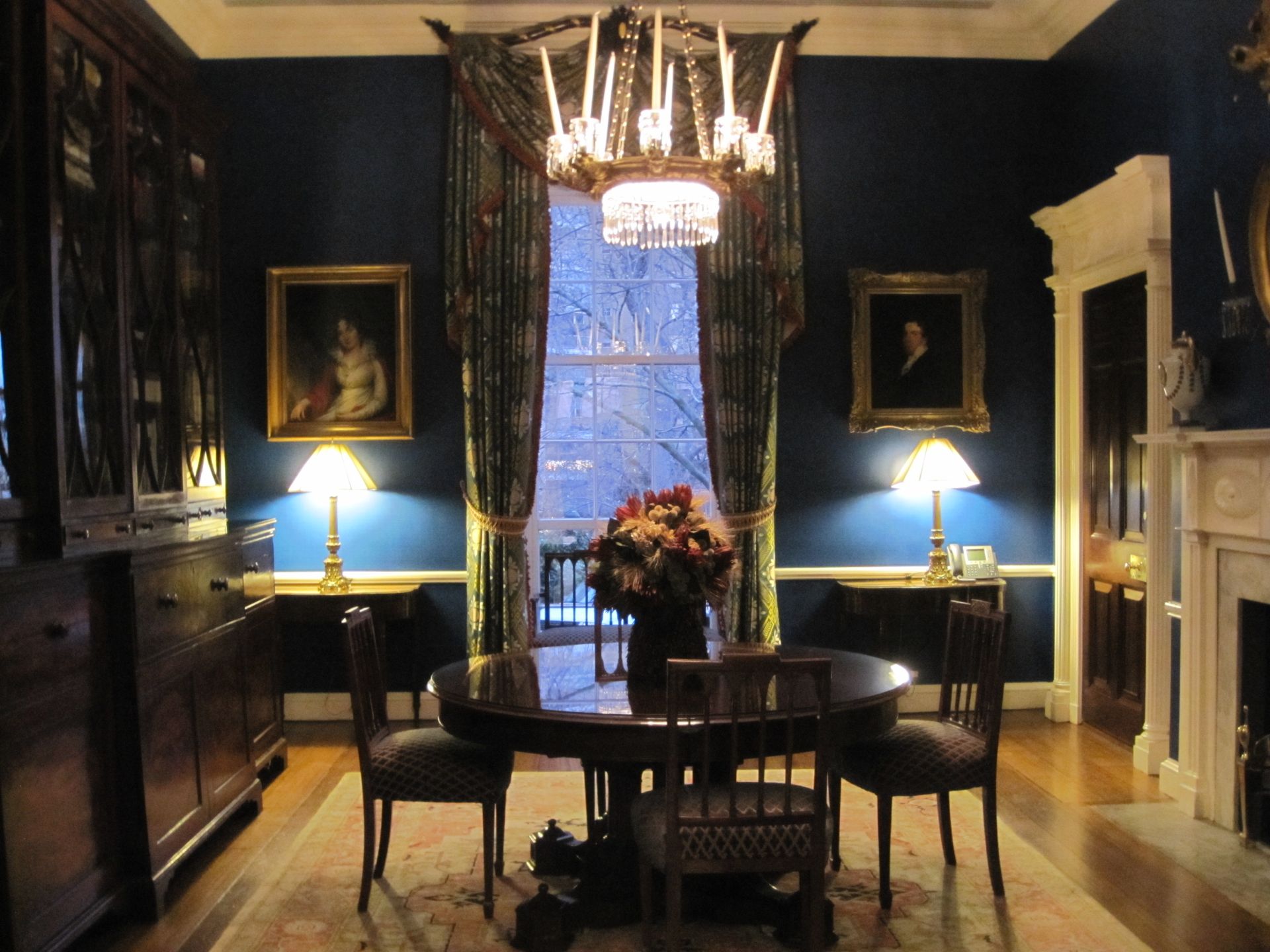 The slightly less formal dining room where the de Blasios can take their meals. 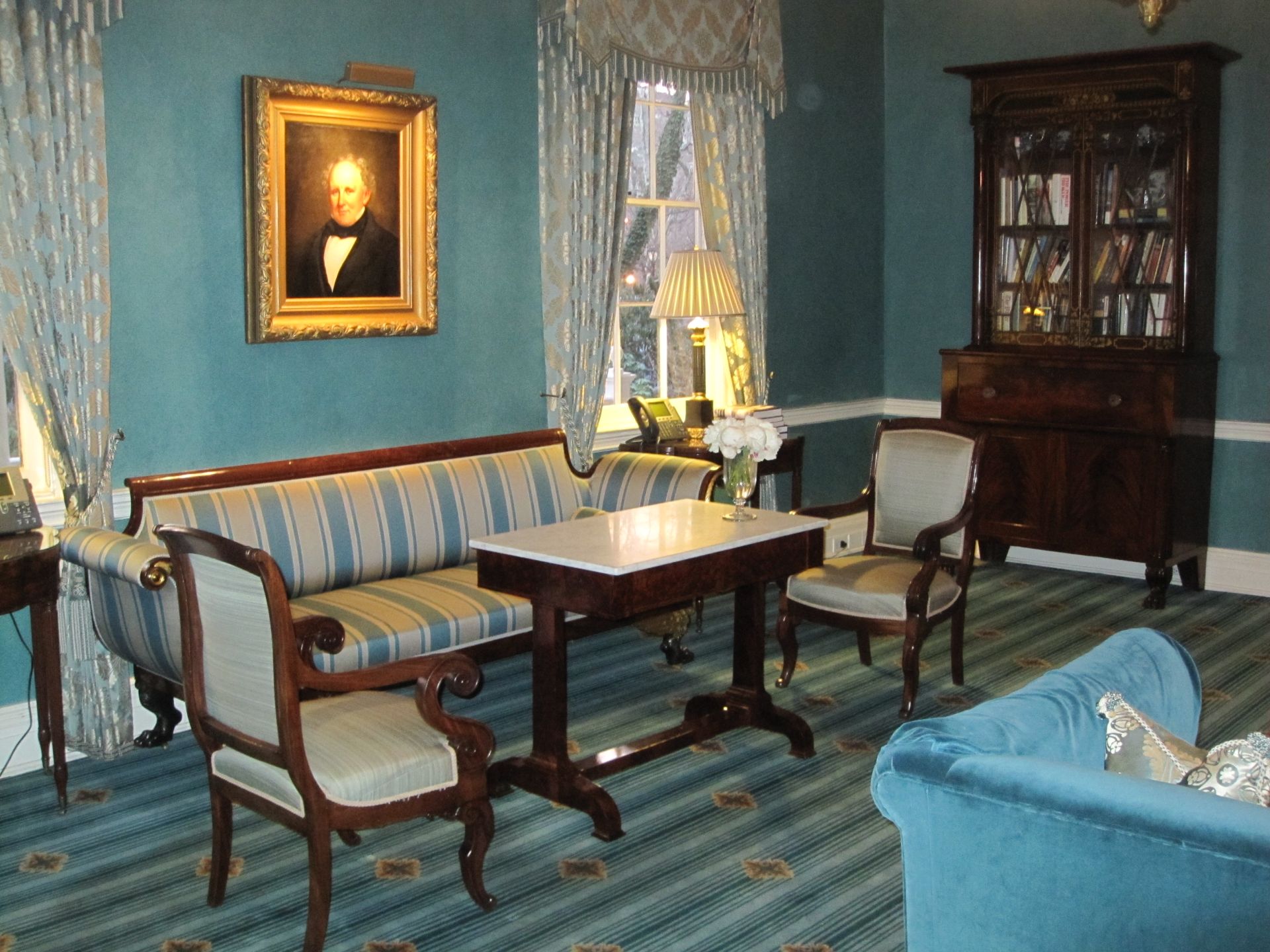 One of many lavish rooms at Gracie Mansion. 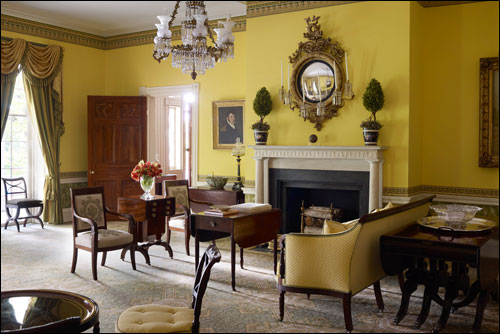 One of the home's many sitting rooms. 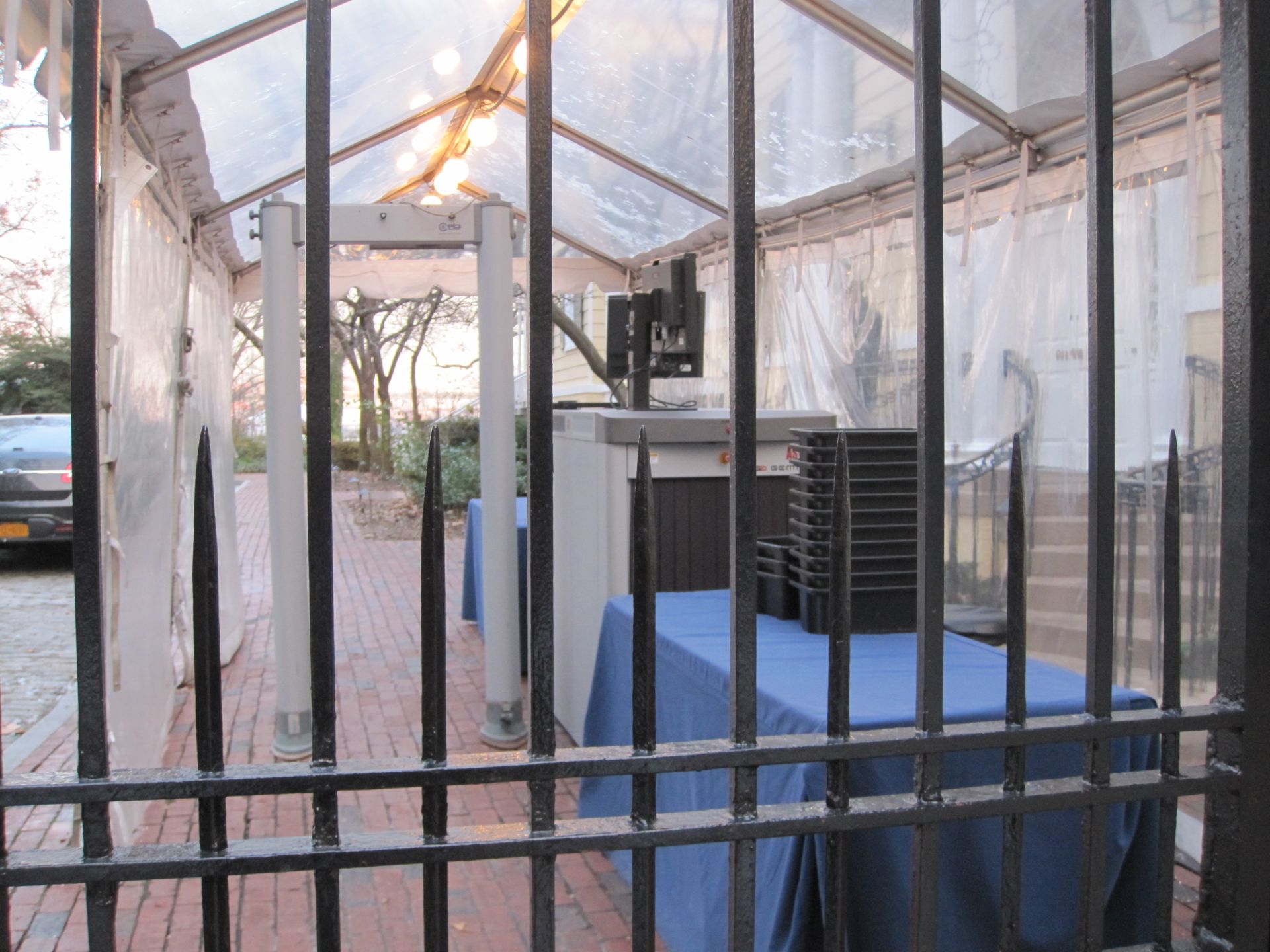 Visitors must enter through a metal detector. 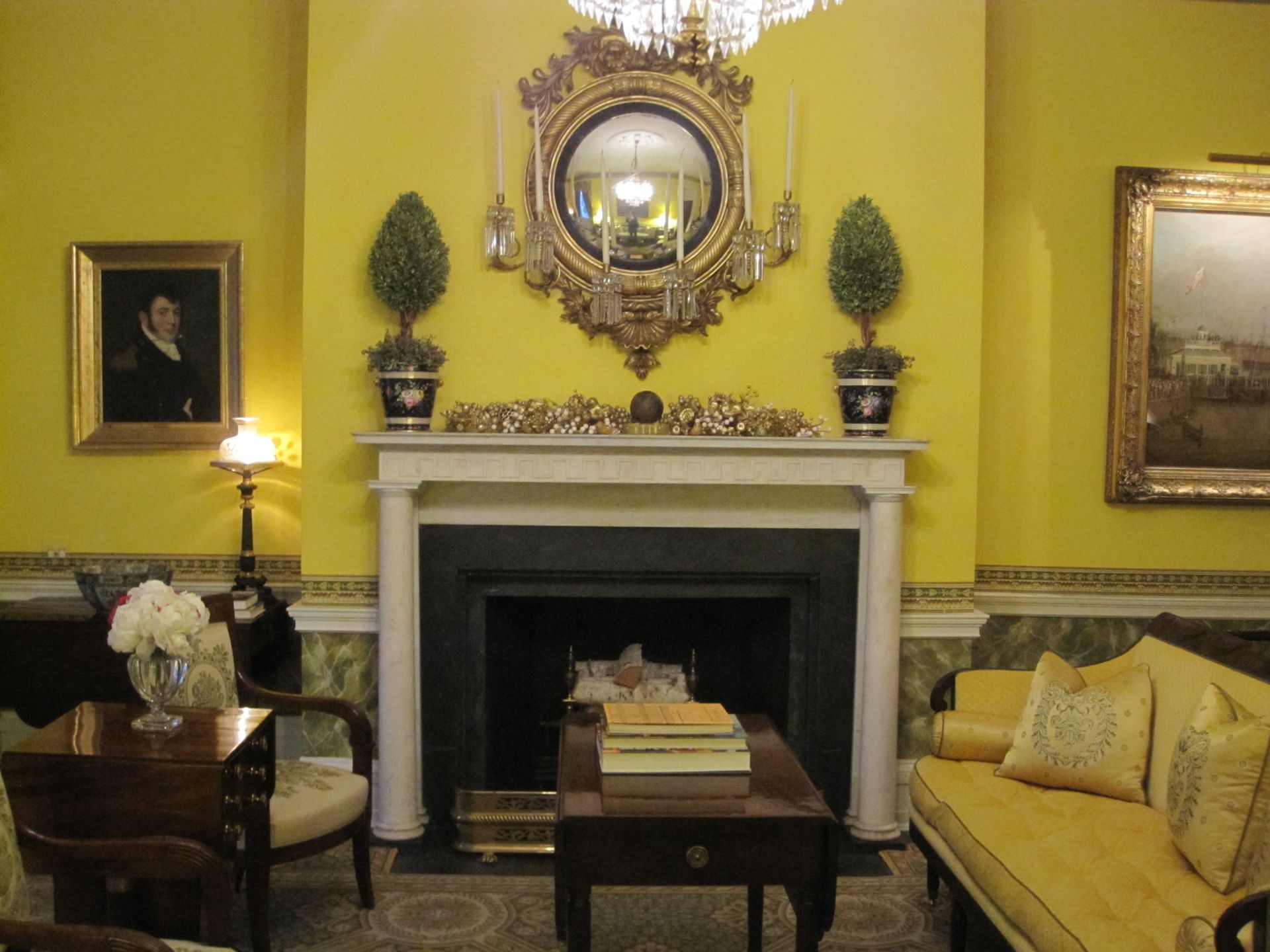 One of many fire places at Gracie. This one was used to film the original yule log video. 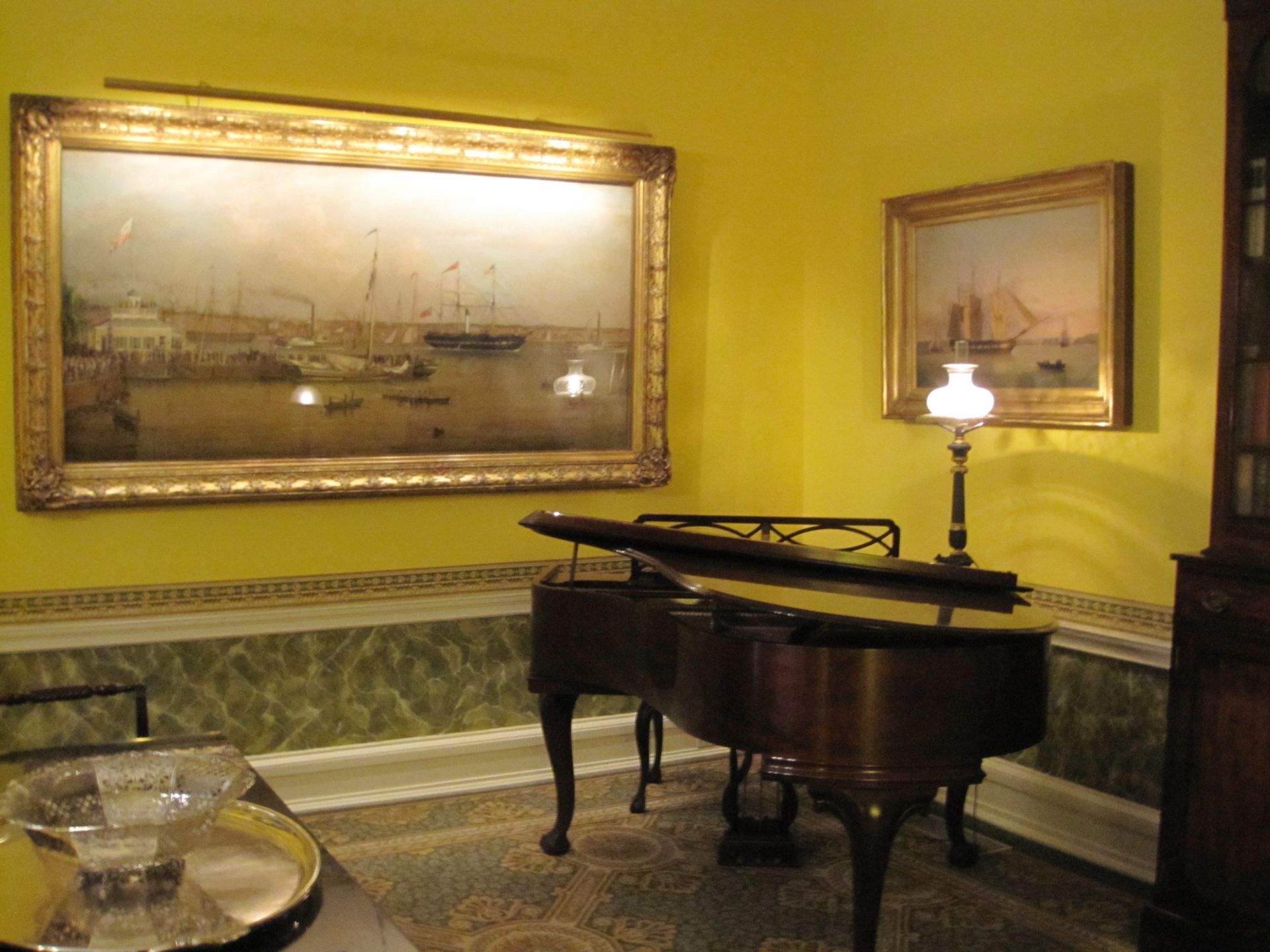 The home has two pianos for entertaining. 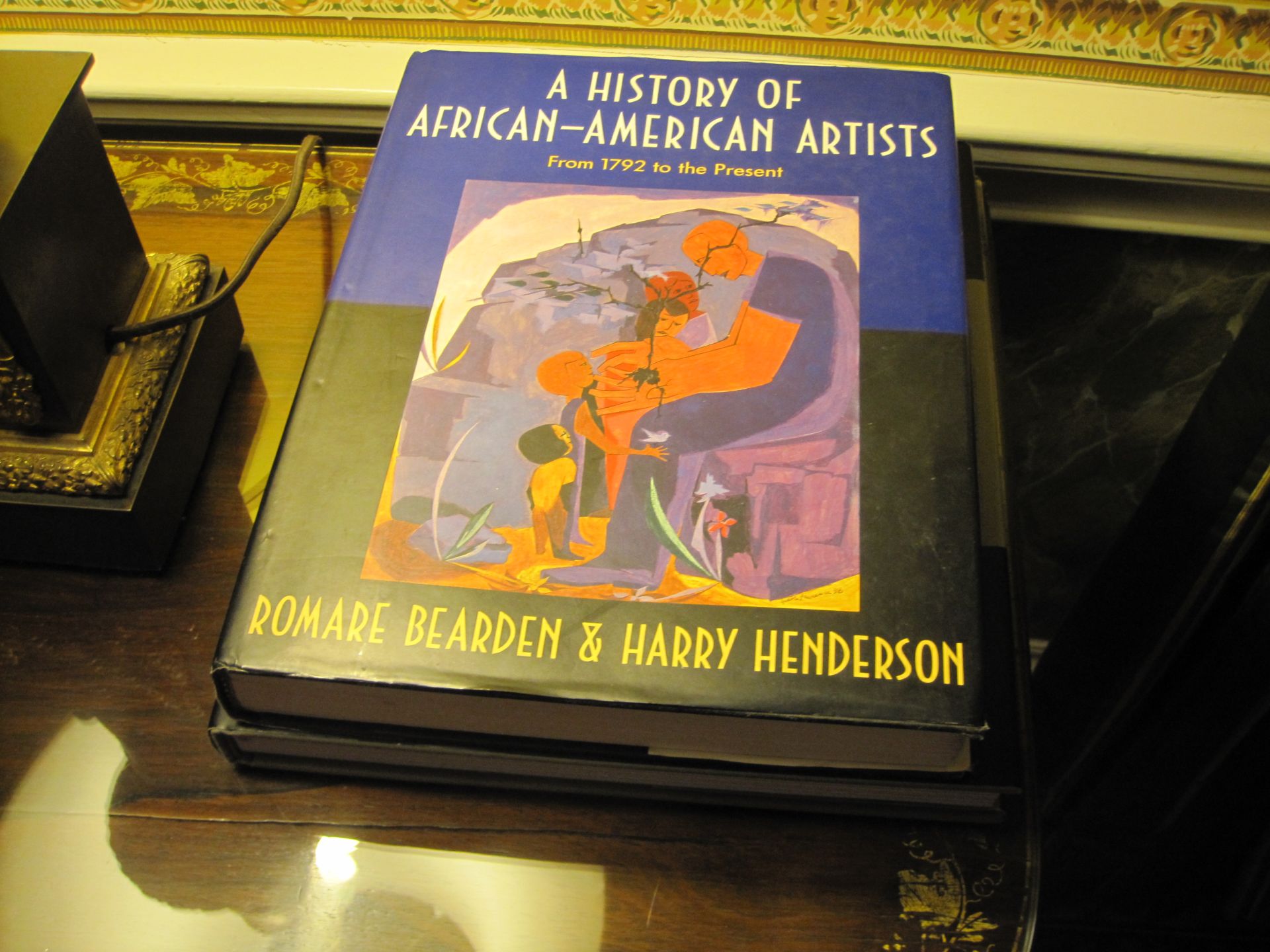 One of the many books in Gracie Mansion's library, which includes classics by writers like Immanuel Kant, as well as Aristotle and many political biographies. 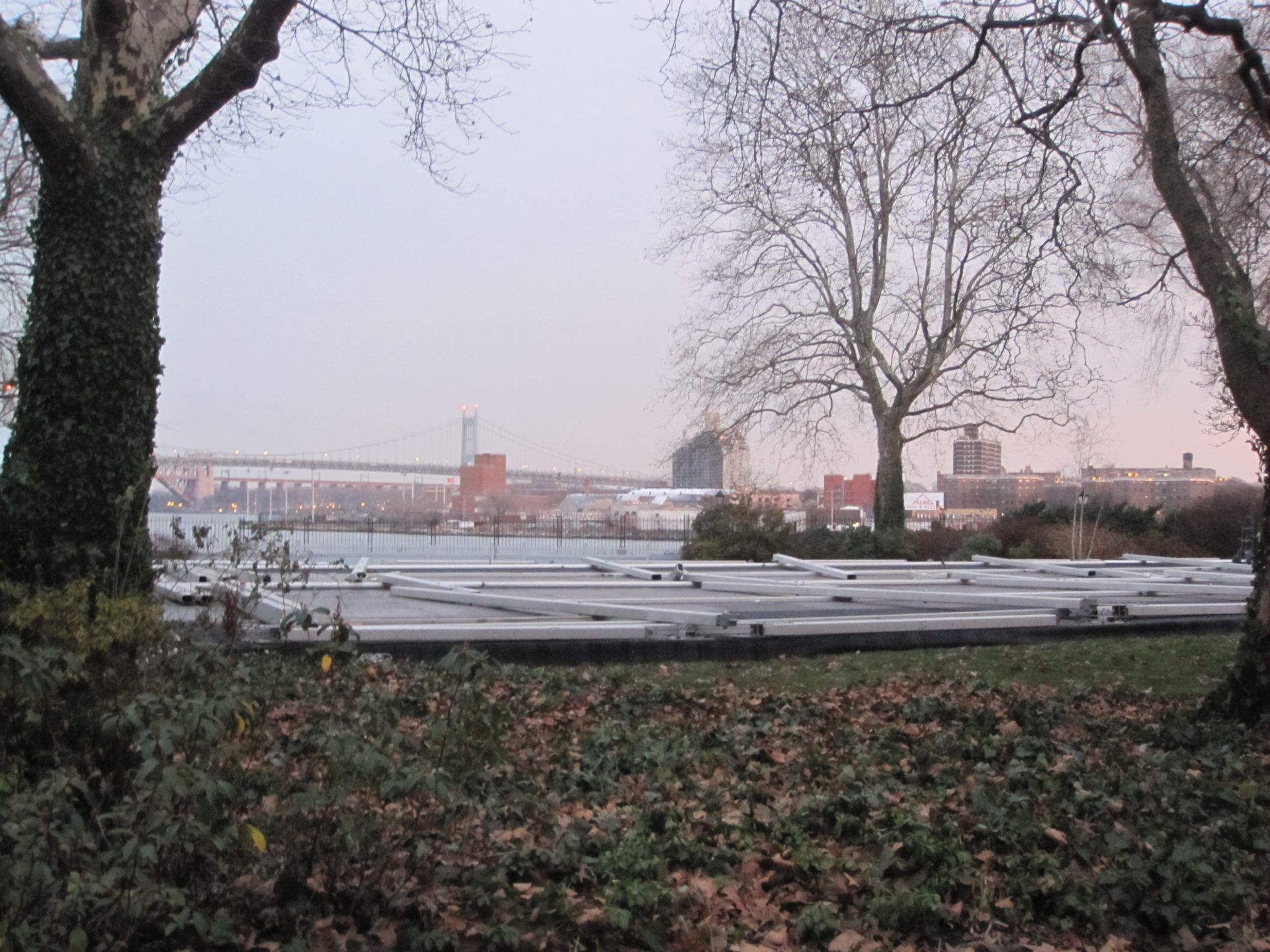 Last: the view across the river from Gracie's backyard. 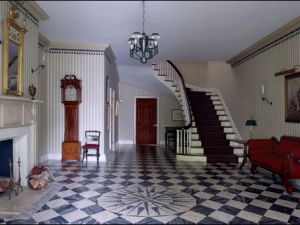 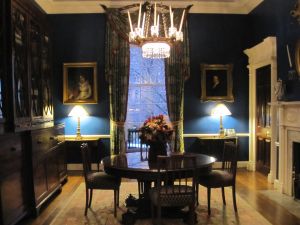 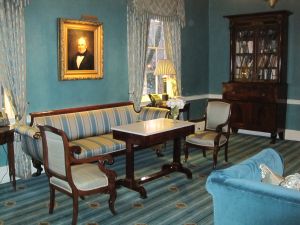 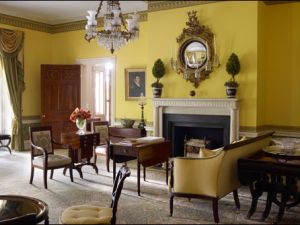 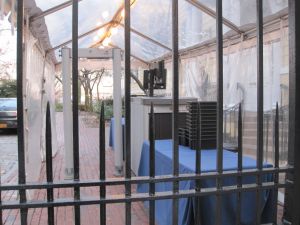 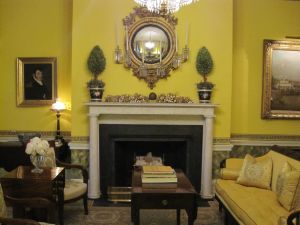 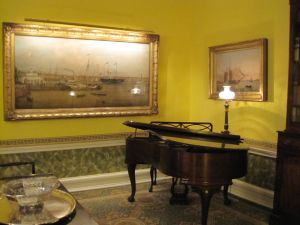 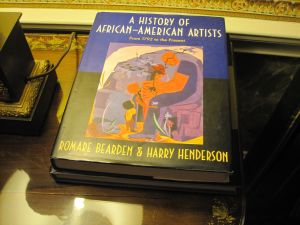 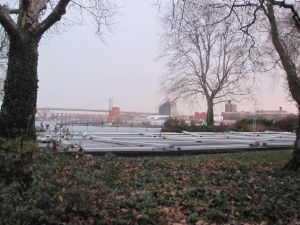 Bill de Blasio’s announcement yesterday that he and his family intend to move into Gracie Mansion come January will mean major life changes for the mayor-elect.

The stately East River-side mansion is a world away from the modest Park Slope row house where Mr. de Blasio has been living for the last 13 years.

And while the palatial digs–complete with trompe l’oeil painted floors in the foyer, crystal chandeliers and a full-time staff of 12–are impressive, Mr. de Blasio says there are some things he’ll certainly miss about life in his longtime neighborhood.

In many ways, the move will be a step up. The de Blasio’s current 11th Street row house has three bedrooms and a single bathroom all the way up on the third floor. Gracie, which got a $7 million renovation in 2002, comes with four bedrooms and a whopping eight bathrooms (including one in each bedroom and two for public use on the main floor.) While the de Blasio family has a small backyard behind their home in Park Slope, Gracie is located on 11 well-manicured acres, with sweeping views of the East River and easy access to Carl Schurz Park. And while the de Blasio’s current kitchen wasn’t large enough to accommodate a commercial film crew, the main floor at Gracie has six large sitting and entertaining rooms, lavishly decorated with classic art, stately furniture and multiple fireplaces (including the one used to film the original yule log video.)

Still, many change will likely take some time to get used to. Unlike the White House, Gracie lacks a private kitchen and living space, aside from the upstairs bedrooms and a sitting room. That means all of the family’s at-home meals will have to be prepared in a staffed commercial kitchen and eaten in either an opulent formal dining room, complete with reclaimed scenic wallpaper from the French company Zuber, or a smaller but still formal dining room, decorated with portraits in gilded frames.

Reporters, who were invited to tour Gracie yesterday evening by the current mayor’s press office, were not permitted access to the third floor, so Politicker was unable to inspect whether the master bedroom would accommodate Mr. de Blasio, who, at six-foot-five, is the tallest mayor in modern history.

There will also be the emotional impact of leaving Brooklyn, which has long been a key part of Mr. de Blasio’s political, and personal identity.

Gracie has been without a family for the past 12 years, with Mayor Michael Bloomberg choosing to remain in his mufti-million-dollar town home steps from Central Park. Gracie, which has served as the official residence of every mayor since Fiorello La Guardia was turned into a “people’s home” during the Bloomberg administration, hosting approximately 150 events and welcoming 50,000 visitors a year.

Click on the image above to start the slideshow of the new residence.