As the seven candidates for City Council Speaker jockey for the city’s most powerful legislative post, much attention has been paid to their agendas, their temperaments and their stances on various issues.

Far less attention has been paid to their legislative records in the body they’re hoping to lead. But an analysis of City Council records shows the candidates have had vastly different levels of success when it comes to passing bills–arguably a crucial indicator of the kind of legislative leaders they might be.

The most effective law-passer of the bunch is East Side Councilman Dan Garodnick, who chairs the council’s busy consumer affairs committee. The council passed 21 bills introduced by Mr. Garodnick over the past four years–including measures allowing sidewalk cafés to serve brunch on Sundays before noon, new whistleblower protections for employees of city contractors and subcontractors, and a package of bills regulating pedicabs. A 22nd has passed the council but is still awaiting the mayor’s signature.

The east side pol was also the most active lawmaker of the group, serving as the prime sponsor on 68 pieces of legislation, including 57 bills (dubbed “introductions” in council speak)–giving him a success rate of 37 percent. (The remaining near-dozen measures were resolutions, which are passed constantly by the council to indicate support or opposition, but do not hold any legislative weight.)

In an interview, Mr. Garodnick said that passing bills has always been a key part of the way he approaches the office. “It has been a very important part of how I have spent the past eight years and it is a core function of the City Council,” he said, pointing to a tenants’ protection act as one of the bills he’s been most proud of passing.

Placing second in terms of legislative efficiency is Bronx Councilman Jimmy Vacca, who introduced 66 pieces of legislation, including 60 bills–the most of any lawmaker over the past four years. Of the 60 introductions, 19 went on to be signed into law, with a 20th awaiting the mayor’s signature–a success rate of just under 32 percent. Among the efforts: legislation requiring commercial cyclists to complete traffic safety courses and a bill upping penalties against cabs who refuse to take passengers where they want to go.

“I’m proud of my record,” said Mr. Vacca in an interview. “I think some people may be surprised by it, though, because I’m kind of like–I’m not a for-show person. Many people may not see me having news conferences and demonstrations, but it doesn’t mean that I’m not working hard. And I think my record shows it.”

While chairing the busy transportation committee has produced a list of transportation-related legislation, Mr. Vacca said he’s also passed other, unrelated bills–such as a Pregnant Bill of Rights, which he said had emerged from conversations with advocates.

“I think what I’ve been trying to do is tangible and significant,” he said. “I’m a results-driven person. I want results.”

On the other side of the spectrum sits Queens councilman Mark Weprin, who has introduced just 17 pieces of legislation over the past four years–including 14 introductions. Of those, just two have actually been passed by the council and signed into law–a success rate of just 14 percent. (Both of the bills–including one that requires property owners to replace old carbon monoxide detectors with models equipped with an audible warning chirp–were passed two years ago, in 2011.)

But Mr. Weprin argued that a simple tally of chief sponsored legislation is a poor judge of how active a council member is. For one, he said his job as chair of the council’s sub-committee on zoning and franchises, which examines development projects, is extremely time-consuming. And because the subcommittee is under the purview of the committee, he said that bills he does work on often end up under Land Use Chair Leroy Comrie’s name. (Mr. Comrie has introduced 16 bills over the past four years, with five enacted.)

“Putting bills in is not necessarily an indication of what you’re getting done,” Mr. Weprin told Politicker, further pointing to other roles he’s taken on, such as serving on the council’s co-op and condo caucus and his perfect attendance record.

“I’m not someone who needs to put my name on things. It’s not my style,” he added, saying he would take the same approach if elected speaker. “I don’t intend to make the City Council about the speaker. It’s about the members and making sure we do a good job. In the end, success is the best reward.”

Coming in near the middle of the pack in terms of legislative wins is Brooklyn’s Jumaane Williams, whose office did not respond to requests for comment. While the councilman oversaw a flurry of activity–introducing 56 measures over the past four years, including the controversial racial profiling bill that was part of the Community Safety Act, the majority of  measures he introduced–32–were resolutions, which have come under fire by some of the other speaker candidates, who argue they waste valuable time that should be spent on oversight and law-making. And of the 24 bills he introduced, just four eventually passed the council–a success rate of under 17 percent.

Tying Mr. Williams with four bills passed in Harlem Councilwoman Inez Dickens, a longtime member of the council’s leadership, whose office did not respond to requests for comment. Of the 47 measure that Mr. Dickens introduced, 36 were resolutions–by far the highest percentage of any member. Of her 11 introductions, four were eventually passed and signed into law, including one overhauling the council’s annual disclosure reports and one that aimed to reduce water waste in building cooling systems.

East Harlem’s Melissa Mark-Miverito, meanwhile, introduced 52 measures–about half of which were resolutions. Of the 28 bills she introduced, nine were passed into law, including bills forcing the city to publish domestic violence and hate crime statistics online and a bill establishing a prevailing wage for building service workers in some city facilities.

Finally, Bronx Councilwoman Annabel Palma, who chairs the council’s general welfare committee, has introduced 40 measures over the past four years–which places her in second-last, ahead of Mr. Weprin. Of the 23 bills she introduced, eight were eventually signed into law, including a bill requiring the city to track and report the deaths of homeless people. A ninth is awaiting the mayor’s signature.

In a statement, Ms. Palma argued that far more important than the number of bills passed by any one member is the council’s overall impact, including non-legislative efforts, such as working to restore budget cuts to social services and early education.

“Just last week the Council passed legislation that I sponsored addressing food insecurity in New York City. While significant, it needs to be partnered with funding and social policy that reflects our efforts to end the hunger crisis. Success in this job is defined by the results we’re able to deliver through advocacy, budget allocations and legislation,” she said. “Folks who are struggling to pay their monthly bills, or single mothers who race daily between low-wage jobs and school to pick up their kids—the type of New Yorkers I have always stood up for— are not keeping a running tally on bills sponsored and passed.”

Update (3:53 p.m.): In an interview, Mr. Williams said that he was proud of his record, which he noted included key roles passing two of the most contentious bills in recent council history: one creating an inspector general for the New York City Police Department and another expanding the definition of profiling and allowing lawsuits in state court. 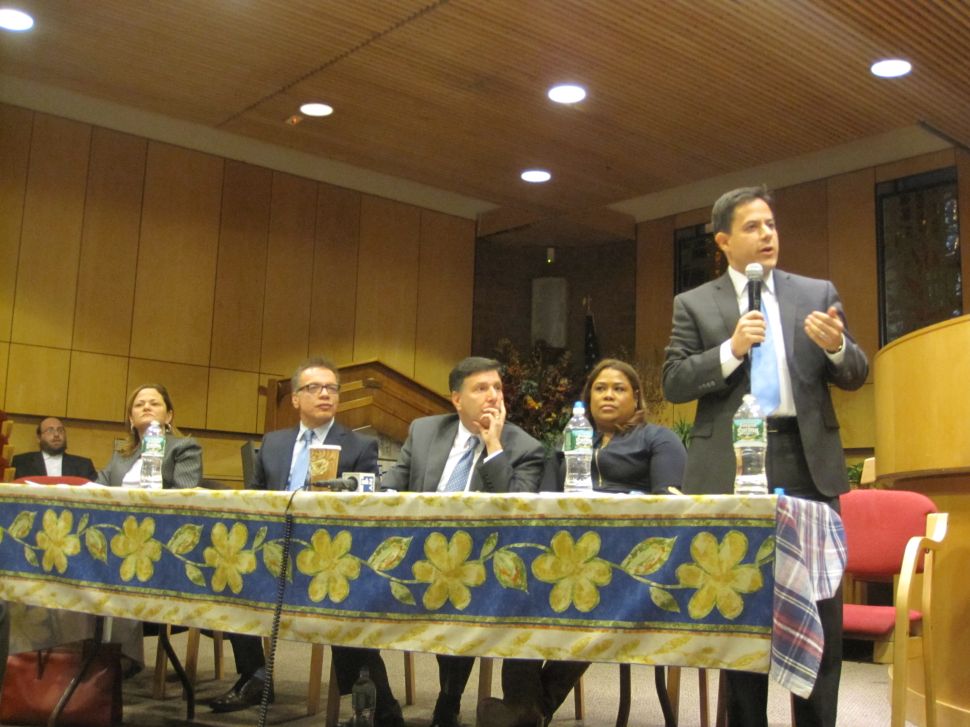