Go PageYourself Working on your website will now take you even fewer clicks away from Facebook stalking your high school acquaintances: PageYourself announced recently that they’ve introduced the concept of a Facebook-based individual website. They call it the “f-Site” and they’re already up and running. Using the app on Facebook, the f-Site essentially makes your Facebook page customizable enough to be your own site. But like any website builder, PageYourself provides some basic templates to get you started. PageYourself claims the f-Site will “make Facebook relevant again.” Dream big, kids.

Airperson-to-person Despite the weirdest, most name-generator-y name ever, the new AirPersons app could prove to be pretty useful for those who need a little on-the-go consultation at any hour of the day. Kind of like the Google Helpouts concept, AirPersons can connect you with experts and professionals through mobile video chats. So far, AirPersons has been mostly geared towards users looking to speak with therapists, doctors, or lawyers, so it’s already the perfect hypochondriac hotline.

SimOscars Have you ever wanted to pretend you were one of those big time movie execs with their script notes and piles of money and cigars or whatever? Or have you ever played along to the Doug Loves Movies game “How Much Did This Shit Make?” Well, the just-launched Fantasy Awards League lets users live out those fantasies and compete against their friends in the process. Inspired by the ever-ridiculous rise of fantasy football, the Fantasy Awards League gives you the chance to pick your dream cast from the best actors and movies. The more cash your crew rakes in, and the better their reviews, the higher you rank. And if one of your actors or movies wins an Oscar, you’ll get a ton of bonus points.

Nothing to see here No one could be blamed for being a little paranoid about their tech these days. So perhaps it’s time to take advantage of the fact that, this week, IPVanish VPN service and cloud storage encryption providers Boxcryptor announced they’re partnering up. In honor of the partnership, new users can try Boxcryptor for free, get a sneaky 20 percent discount on an annual plan, or 30 percent off their first three IPVanish payment cycles.

Travel smarter Too lazy to plan your own good times? Not to worry, this nifty new trip planning feature will tell you all the things you want to see. The Joguru itinerary uses an algorithm to create a daily lineup of stuff for you to do based on recommendations from locals and other travelers. For instance, if you want to spend a day in Amsterdam, Joguru could start you in Dam Square and take you through parks, museums, and the canals. Travel time is included, pot brownie time is not. 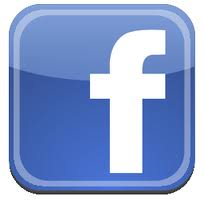