“If life is but a dream, then wake me up,” Josh Homme croons on the dark opening track of Queens of the Stone Age’s sixth full length album, …Like Clockwork.

Ruminations on death permeate the album’s bleak psychedelia. With the darkness, though, comes a laser focus not previously seen on QOTSA records. More minimalist than usual but still full of vocal melodies and fuzzed out guitar riffs, …Like Clockwork will have you craving a lonely drive across the California desert (or watch the awesome Anthony Bourdain: No Reservations special about that region that featured Mr. Homme).

Too bad there aren’t any deserts here in the five boroughs. But there is a giant stadium in Brooklyn, where the Queens of the Stone Age are playing tomorrow night at 8.

The Barclays Center, as we know, used to be owned in part by Jay-Z, whom Mr. Homme called a kook after the Made In America tour this year. You have to admire that kind of shrugging honesty about someone that nobody in the music industry usually dares to insult.

Such self-sufficient apathy is evident throughout QOTSA’s latest hypnotic, mortality-obsessed record. Not many other pure rock bands can pack such an 18,000-seat venue in 2013. But not many bands have Queens of the Stone Age’s knack for reinventing themselves while staying true to their fuzzed-out, murky, classic-rock core. 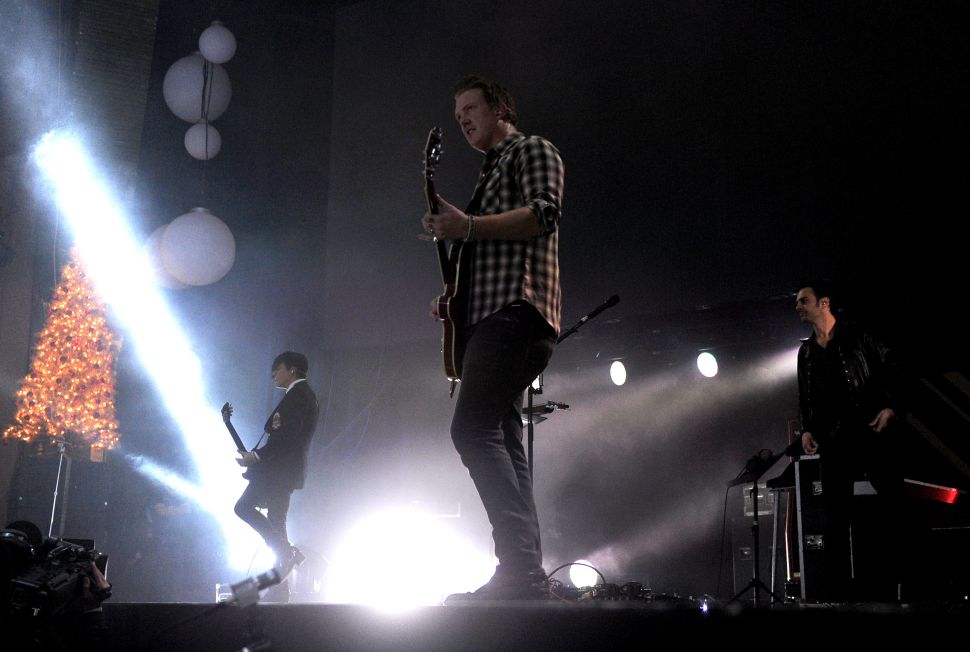