New York might win a popularity contest against New Jersey any day, but it looks like our gritty city might miss out on some Super Bowl spending.

A new poll shows that 40 percent of people would rather stay across the river than in the heart of Manhattan, which earned the favor of only 17 percent of potential XLVIII travelers coming to this neck of the woods February 2, 2014. In addition, 20 percent said they would prefer a hotel in Long Island, 100 miles east of Times Square, and a hell of a lot further from MetLife stadium.

The study, performed by the Chubb Group of Insurance Companies, questioned potential Super Bowl travelers from San Francisco, Arizona and  New Orleans, according to Forbes.

One out of four respondents cited the harsh weather as an issue while 33 percent said they were concerned about muggings and other crimes during Super Bowl week. (Obviously, these people think The Warriors was a documentary.)  Others said they were steering clear of New York  City in fear of potential terrorist attacks.

This being said, Forbes is sounding the alarm that bars and restaurants may not want to count their chicken wings before they hatch. We, on the other hand, are thrilled by the prospect of fewer bridge, tunnel, train and airplane meatheads hogging our well-earned beers. 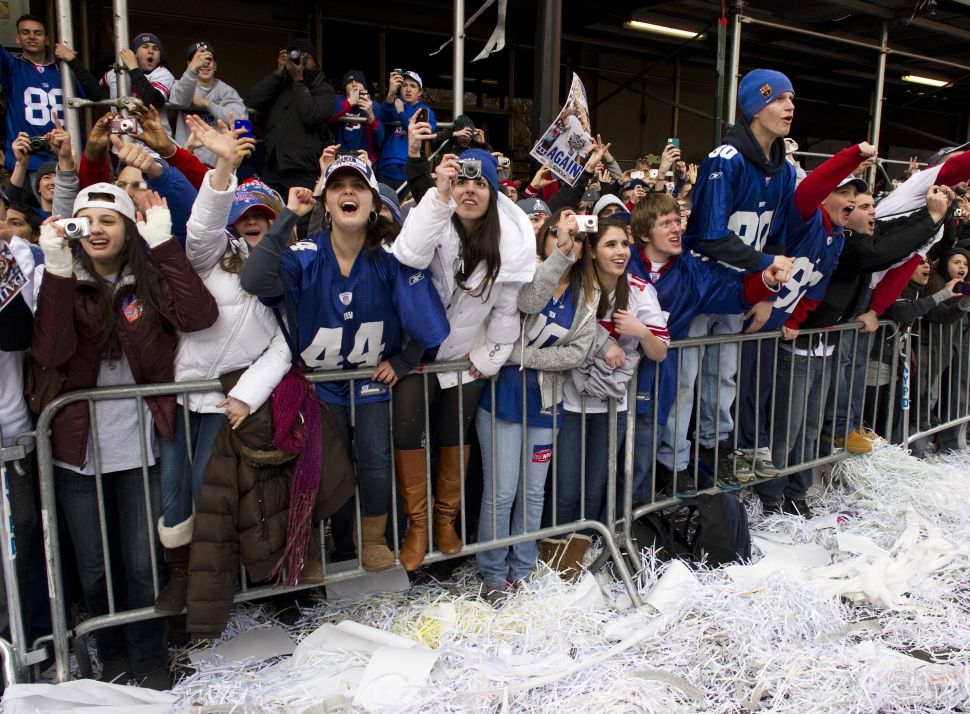