But when asked by a reporter about the ongoing contretemps, Sweeney spoke out both in defense of his Democratic colleagues as well as the governor.

The Democrat-led Assembly Transportation Committee has subpoenaed documents, emails and other forms of communication from people involved in lane closures at the George Washington Bridge during four days in September. The Christie administration maintains the lanes were closed for a traffic study that was done by former Port Authority of New York and New Jersey executive David Wildstein with the knowledge of Bill Baroni, the former deputy executive director of the bi-state agency.

Wildstein, the former editor-in-chief of PolitickerNJ.com who used the name “Wally Edge,” and Baroni both resigned earlier this month and have retained outside counsel.

Some Democrats have claimed that the lanes were shut down as a form of political retribution after the Democratic mayor of Fort Lee, a Bergen County borough which sits at the western terminus of the bridge, failed to endorse Gov. Christie for re-election.

“I know you guys are obsessed with this. I’m not,” Gov. Chris Christie said at a Thursday press conference when asked about the “Bridgegate” controversy.

But when pressed about whether the bridge lane closures were some form of political retaliation, Sweeney noted his belief about the governor’s alleged involvement in the incident.

“No one can possibly imagine that the governor ordered this. I think it’s stupidity,” Sweeney said. “Whatever has to come out will come out.”

Sweeney was further interrogated about a recent Washington Post article in which George Norcross III, the South Jersey Democratic power broker and Christie ally, suggested that the Democrats should be “focusing on their own profile” rather than the lane closure debacle. 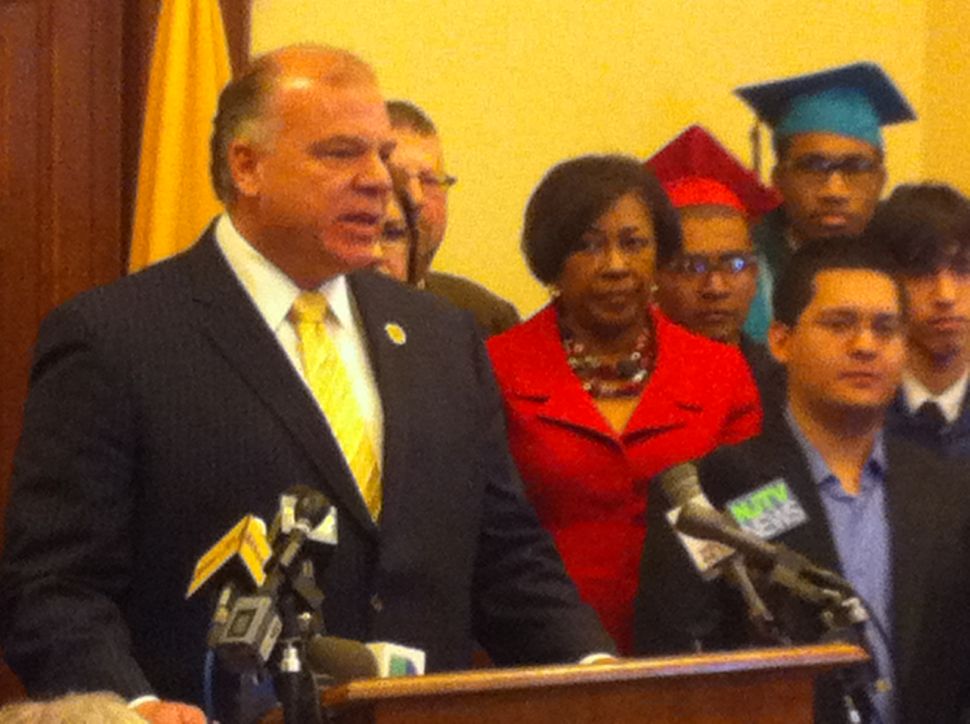