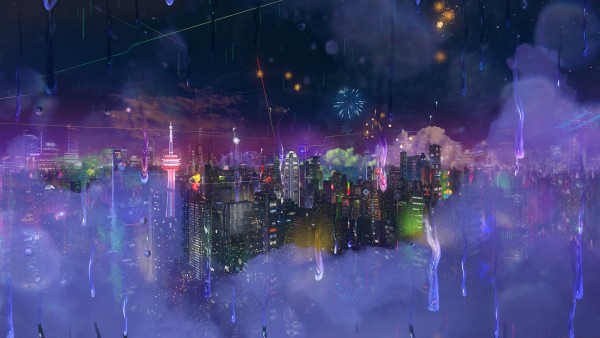 Tabor Robak’s solo debut feels like one of the major events of the season. Using an arsenal of software programs, the 27-year-old Brooklyn-based artist has produced four taut, entrancing high-definition works, spanning 14 screens, that mark him as a trailblazer within today’s digitally centered art while signaling that work’s newfound acceptance by big-league galleries like Team.

For Free-to-Play (all works 2013), Mr. Robak has stacked four screens to make an epically scaled version of hyper-addictive “match-three” videogames (like “Candy Crush Saga”) using 7,000 different icons from a trove he purchased as its game pieces. Programmed to play itself, it looks like a wildly ornate Op painting, perpetually collapsing and reordering its structure.

Landscape painting is the core of 20XX, a seductive, dense, digitally rendered 3-D skyline, which is shown at night in a 10-minute video made of short shots. Buildings from around the world glow in fluorescent colors and flash corporate logos as rain falls and fireworks explode. It recalls Constant Nieuwenhuys’s visionary architectural drawings and Jack Goldstein’s sublimely ominous paintings of various deathly technologies.

The works’ fine sheens belie some sense of sadness. People are always absent or just out of reach. In the two-screen Algos, cameras glide dreamily on a roller-coaster track through a series of found photos that Mr. Robak has rendered panoramic and emptied of any human presence. The monitors for the seven-screen Xenix suggest that some unseen man or woman is designing guns and a pipe bomb with a fetishistic attention to detail. Then they flip to another operating-system window, where a child has written a note asking for help finding a recipe for a bake sale.

In contrast to the in-jokes and easy nostalgia that power so much art today (digital and otherwise), Mr. Robak’s work is refreshingly expansive and forward-looking. It takes in the stuff of today (computer icons, photo databases, mind-numbing games) and transmutes them into new constructions that exude both the melancholy and the thrills that arise from our increasingly complex brew of technology and everyday life.