(Courtesy the artist and Algonquin Books)

“Imagine a dolphin dancing in the sky,” Yoko Ono writes in Acorn (Algonquin Books, 216 pp., $18.95). “Let it dance with joy.” Most of the instruction-based artworks collected here, first published as a Web project between 1996 and 1997 and now being released almost exactly 50 years after her landmark book of similar text pieces, Grapefruit (1964), have a similarly unashamed New Age vibe to them: “Melt the icebergs and snow in your life.” “Watch the sunset. Feel the Earth moving.” That sort of thing.

Roll your eyes, but stick with her. Taking these pieces collectively, her absurdist sensibilities and dry wit charm: “Get a telephone that only echoes back your voice. Call every day and complain and moan/about your life and people around you.” “Take your pants off/before you fight.” “Watch the sun/until it comes into your body/and stays as a tiny sun.” (Probably best not to take that last one—maybe those last two—literally.)

Each is paired with a clever (and vaguely Kandinsky-ish) drawing by Ms. Ono, swirling figures and forms made with clusters of minute black ink dots. They alone make the book worth cracking open.

It’s difficult to adjudicate this sort of thing precisely, but, in my book, Ms. Ono’s formidable art-historical achievements remain underappreciated in comparison to some of her (male) peers in Fluxus and conceptual art, and at 80 she shows no signs of slowing down either as an artist or an activist. “I’m just planting the seeds,” she writes in Acorn‘s introduction. “Have fun.” 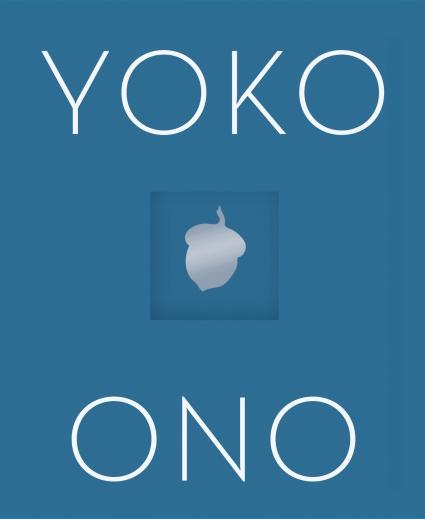